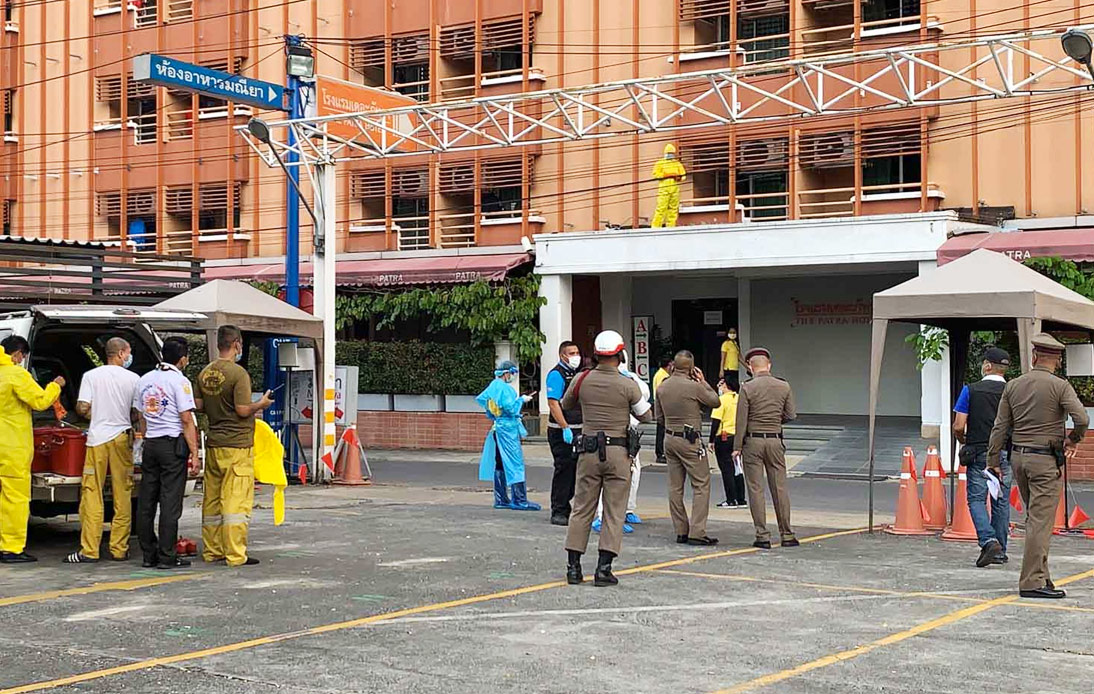 On Sunday afternoon, a Thai woman who recently returned from South Korea plunged to her death from a room of a hotel that was functioning as a COVID-19 quarantine facility in Bang Kapi.

She has reportedly committed suicide off the balcony of her room.

The hotel staff informed Police at Hua Mak station of the death at about 2:00 p.m. According to the Hua Mak police station chief Pol Col Wichai Narong, the woman’s room was on the seventh floor of the eight-storey Patra Hotel on Soi Rama IX 31.

Also, it was reported that police officers using protective suits found the woman’s body on the second-floor balcony of the hotel. Outsiders were immediately blocked from entering the area.

According to the case history of the deceased, the 51-year-old woman, whose name has been withheld, departed on a repatriation flight from South Korea at 11:10 p.m. on Thursday, and she checked in at the hotel for a 14-day mandatory quarantine that same night. Her first test for the novel coronavirus was negative.

Police later identified the woman only as Surarak and found a short note describing difficulty and tension over personal problems.

Besides, police representatives said they were investigating the case and the scene, as well as interrogating witnesses to determine whether the woman had jumped or fallen before sending the body for autopsy.

There has been recent news about Thai migrant workers in South Korea as many of them have been found dead under mysterious circumstances. The Thomson Reuters Foundation has reported that at least 522 Thais have died in the past 5 years, many from “unknown causes”, according to data collected by the Thai embassy through a freedom of information request.

It showed that 84% of them are migrants, who are less likely to report abuse and have no access to healthcare.

However, it was not clear if the woman who returned from South Korea was a migrant worker. And there is no information about the reason for her return made public.