Khao San Road Reopens for Locals and Expats Next Month 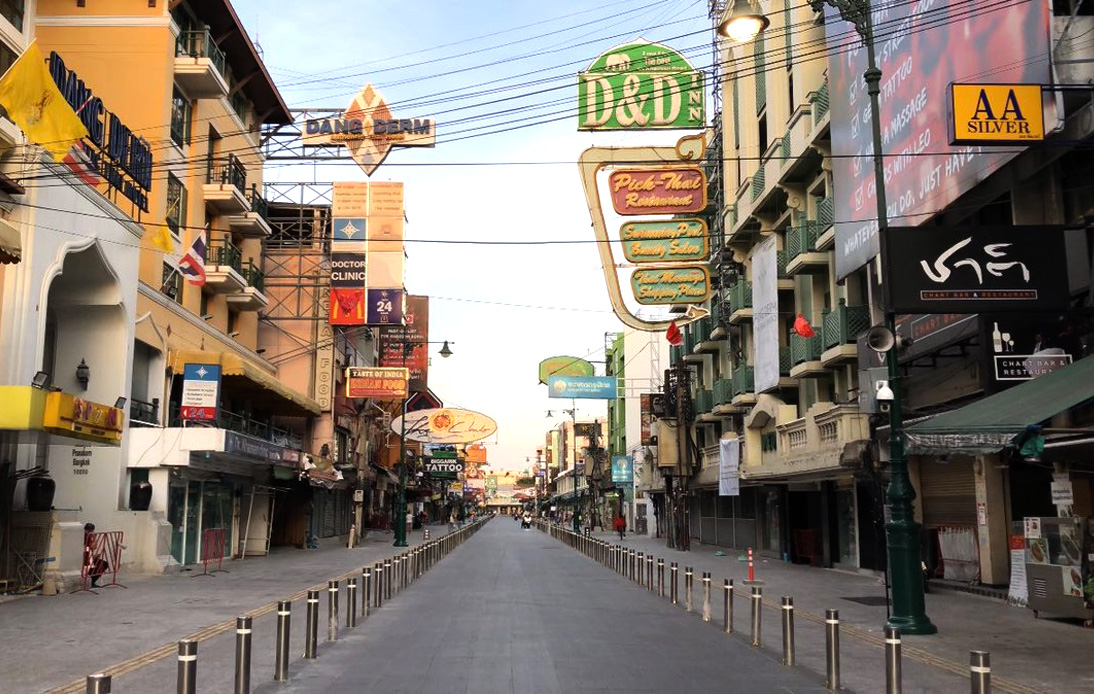 Khao San Road is set to reopen for locals and ex-pats late next month.

This small street has gained popularity among foreign tourists. However, it has experienced one of its biggest drops since the government ordered the border closure due to restrictive measures implemented by the pandemic.

In this regard, Mr. Sakoltee explained that the City Hall decided to stimulate street business to attract and receive both Thais and expatriates because the number of visitors descended to zero.

Last Wednesday, the deputy governor chaired a meeting where they discussed the preparations and measures to reopen street commerce throughout the area at the end of the following month, specifically on October 30 or 31.

Also, Sakoltee Phattiyakul stated that foreign tourists make up about 90% of visitors to Khao San Road. According to his statements, the slump will continue, as the number of foreign tourists shows no sign of recovery. Therefore, their goal is for local visitors to replace them.

To achieve this purpose, they will hold monthly promotional events. Furthermore, there will be more vendors to meet the tastes and demands of the local population, making Khao San Road much more attractive.

On the other hand, the surrounding areas will be arranged in order to turn them into a tourist attraction. According to the Governor of Bangkok, Aswin Kwanmuang, these actions will also take place in Klong Chong Nonsi, one of the capital’s flood safety valves.

Also, according to what he exposed in an event to promote the waterway’s re-landscaping, the landscape around the canal will be improved and will become a place of pleasure for visitors.

Pol Gen Aswin said the canal had become clogged with debris and brush, so they asked 250 workers to clean it up.

Work on the waterway will take place in two phases. Besides, he commented that future work would involve a review of the drainage systems and water systems connected to the canal.

To beautify the area along Klong Chong Nonsi, Bangkok Metropolitan Administration (BMA) designed footpaths for the canal sides. Moreover, they promised to regularly trim the trees that line its banks.

This construction will be financed by donations from private companies in the area. Pol Gen Aswin indicated that, if construction begins according to their plan, it would be finished by April 2021.