Royalist Group Has Rallied Urging the Expulsion of Thanathorn 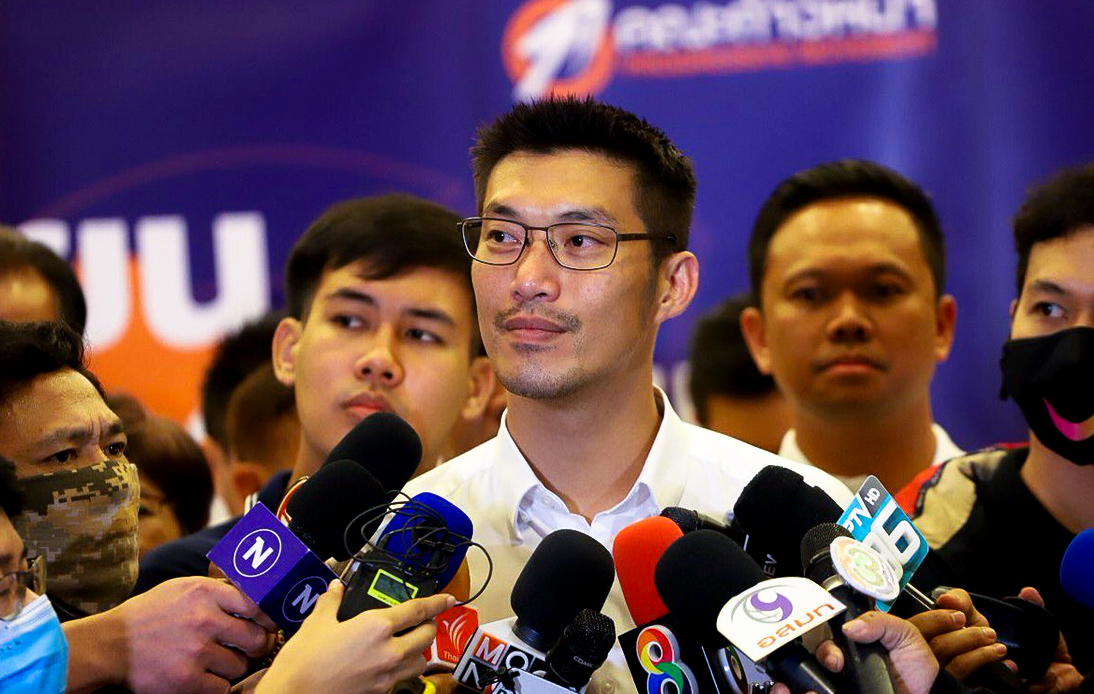 A royalist group has rallied in front of an office building, urging the expulsion of Thanathorn Juangroongruangkit from the country.

This group, called itself the People’s Centre Protecting the Institution, moved at 11 am to the Thai Summit Building, departing from the Southern People’s Association.

Led by Jakkapong Klinkaew, they joined another group of people who were waiting for them in front of the building.

At the scene, Mr. Jakkapong read a statement stating that Mr. Thanathorn, even though he was born in the country and had Thai nationality, has relatives who escaped the difficulties of foreign nations to seek the protection of the Thai kings. From that moment on, they built their fortune in Thailand and became one of the top billionaires in the territory.

“However, Mr. Thanathorn is not grateful for His Majesty’s mercy. In the latest move, he announced clearly he supported the monarchy reform at the ’44 years Oct 6′ seminar at Chulalongkorn University,” said the group’s leader in his speech.

Furthermore, he claimed that this was the first time Thanathorn stopped pretending and openly admitted that fact. “He said the institution was an obstacle to democratization to transform Thailand into a western-style democracy that it looks up to,” he pointed out. 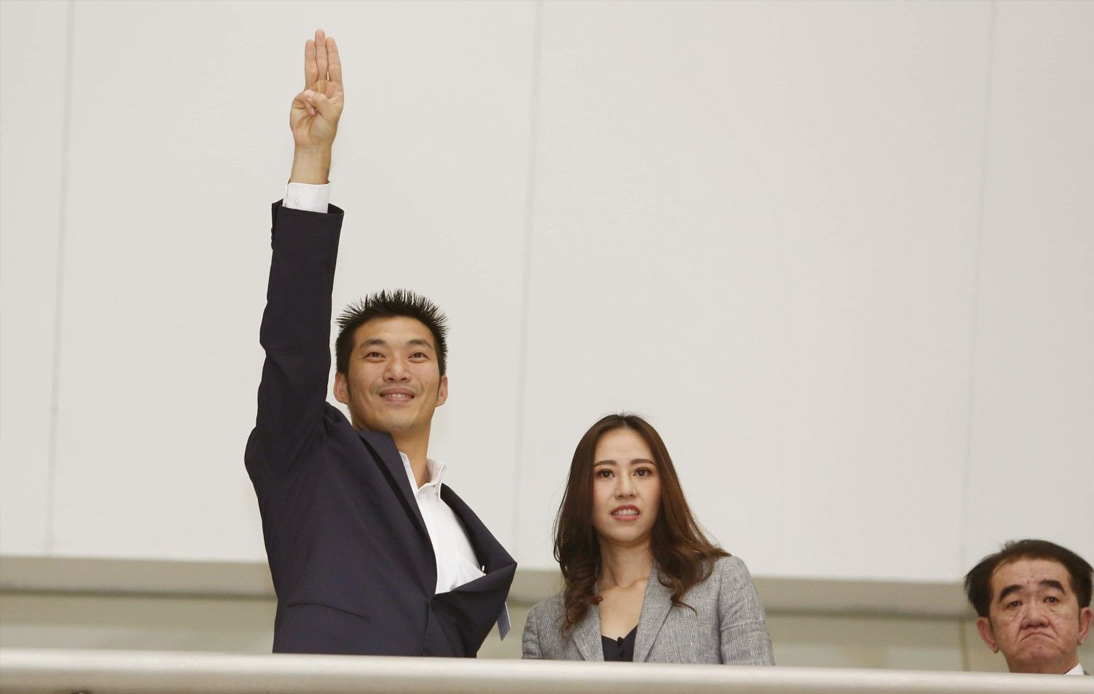 Mr. Jakkapong also said that while Thai society did not stop him, most people disagreed -indicating an impending massive disaster.

Besides, he claimed that Thanathorn and his network are fostering hatred for Thailand’s core cultural values as if nothing in the country is good.

According to his statements, those were the reasons that united the group in the fight to expel that man from the country.

However, he indicated that the expulsion would be figurative since what they really want is for Thanathorn to repent and contemplate what he has done.

Mr. Thanathorn was not in the building that day. According to Thai media reports, he was in Udon Thani province while his Progressive Movement was preparing for local election campaigns.

Just under a month ago, the same group staged a rally at the Thai Summit building in protest against Thanathorn, claiming that he was behind student demonstrations demanding reform of the monarchy in recent months.

Mr. Jakkapong also commented that the group would meet to pay tribute to the King in Sanam Luang next Wednesday, but assured that they would not face the students who planned a demonstration in the same place on the same day.