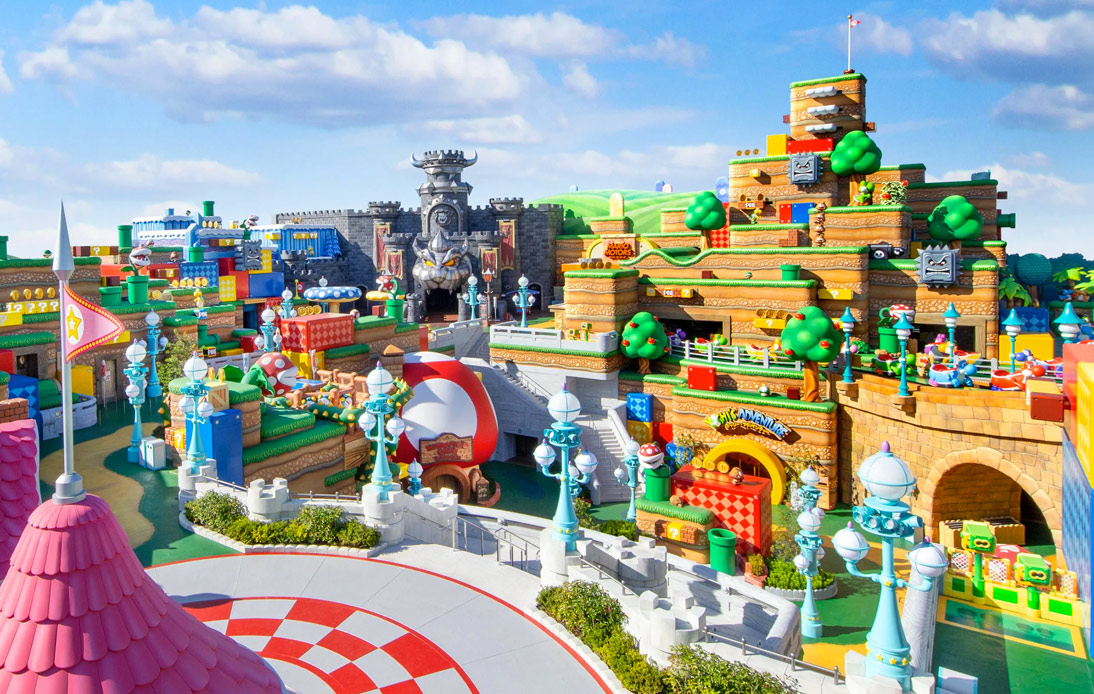 The first Super Nintendo World will open at the Universal Studios Japan theme park in Osaka in February 2021.

During a press conference inside what will be the park’s Bowser Castle, Universal Creative Executive Producer Thomas Geraghty announced the opening date on Monday.

He also said that this new addition to Universal Studios would offer an experience that cannot be found anywhere else in the world.

Geraghty explained Super Nintendo World includes attractions based on the famous Mario game series, which was first released in the 1980s. It will also feature restaurants and gift shops.

It will have conventional rides, but the entire park will become an immersive game in which visitors can compete with other players on the site.

According to Geraghty, Super Nintendo World will provide the first “Asobi” (play) experience for all guests. Additionally, visitors will be able to jump in and punch question blocks and collect virtual coins.

Moreover, visitors will be able to buy Power-up Bands, bracelets that can be linked to a smartphone application where they can store the coins and virtual keys they collect.

But the main attraction of Super Nintendo World will be Bowser’s Castle.

It consists of a structure made of stone walls, iron fences, and a large statue of Mario’s antagonist. It is also where fans can find Koopa’s Challenge, the world’s first officially recognized Mario Kart game.

Players will have to wear a headset and fully immerse themselves in the popular racing game using advanced technologies such as augmented reality, projection mapping, and special effects.

“Guests will race through the Mushroom Kingdom, steering their way around the track, throwing shells at Koopa Lane, racing alongside Mario, Luigi, and Princess Peach,” commented the executive producer.

Princess Peach’s Castle and Yoshi’s Adventure were other top attractions that Geraghty revealed on Monday.

Universal Creative and the Nintendo Creative team have been working on Super Nintendo World for over six years. Shigeru Miyamoto, the creator of Mario and representative director of Nintendo, was in charge of this project.

Super Nintendo World was scheduled to open in 2020 but was delayed due to the COVID-19 pandemic.