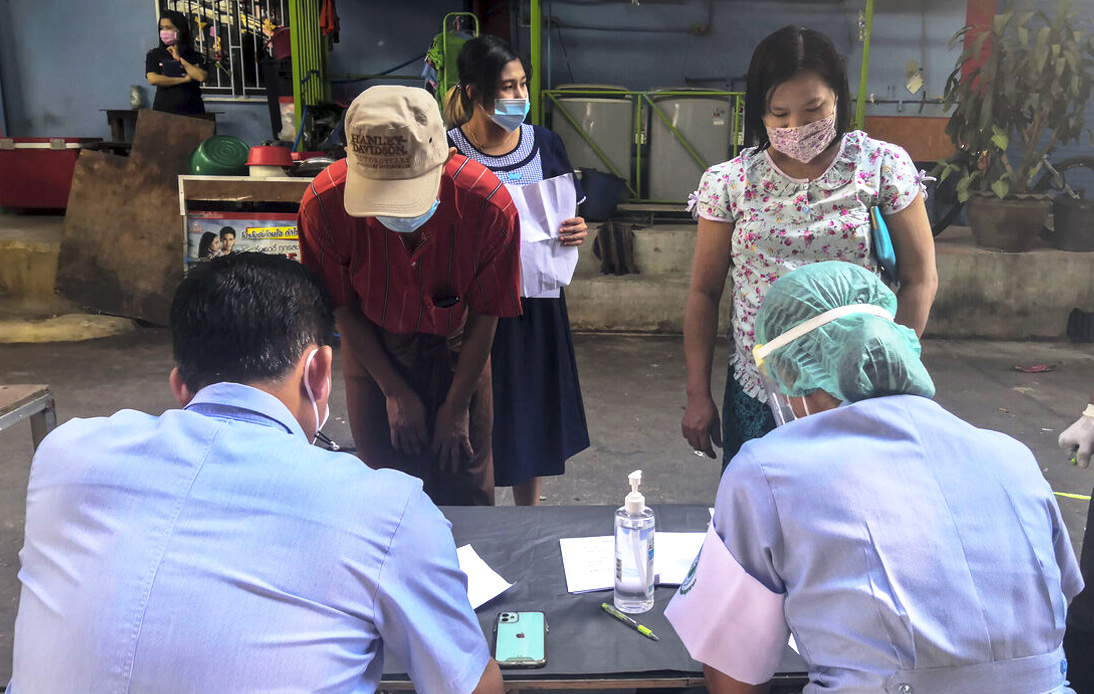 The government reported 144 new COVID-19 cases, among which are 115 local infections, 14 migrant workers, and 15 quarantined arrivals, raising the total to 6,285.

Spokesman of the Center for COVID-19 Situation Administration Dr. Taweesilp Visanuyothin said that there were local infections linked to the outbreak in Samut Sakhon.

He reported one case in Sukhothai province, two cases each in Pathum Thani and Nakhon Nayok, 17 cases in Nakhon Pathom, one case in Samut Sakhon, five cases en Samut Prakan, 10 cases in Bangkok, and one more case in Lop Buri. Besides, local infections linked to gambling in Rayong province consisted of 21 new cases in Rayong, with one each in Chiang Mai and Chon Buri.

From December 15 to 27, authorities reported local infections in 43 provinces, up by five provinces from Sunday. Also, 66.5% of the total cases, meaning 4,180, had already recovered, including 19 discharged during the last 24 hours.

2,045 were receiving treatment and the number of coronavirus-related deaths remained at 60.

Meanwhile, Dr. Taweesilp asked provinces with a high number of COVID-19 cases to maximize disease control measures or new local cases could rise to thousands or tens of thousands daily by mid-January. “If nothing is done, daily new cases could soar to four or five digits this month or by the middle of next month,” he added.

“But if we cooperate with one another, the curve will be 45 degrees and new daily new cases will be at three digits,” he went on.

“The best solution is to refrain from socialising, and then the graph will run flat,” he added.

Besides, Gen Nathapol Nakpanit, secretary-general of the National Security Council and the chair of the CCSA meeting on Monday, wanted authorities in all provinces considered as “maximum control zones” and “control zones” to implement all coronavirus prevention measures in order to keep daily raising of cases at three digits.

The enactment of control measures in the provinces depends on cooperation from government officials, business operators, and local people, as Dr. Taweesilp said.

“We will be monitoring how you are best able to contribute before considering escalating to measures [that would be] deemed as strong medicine,” he added.