Anchorman Sorayut Can Host TV Programs While on Parole 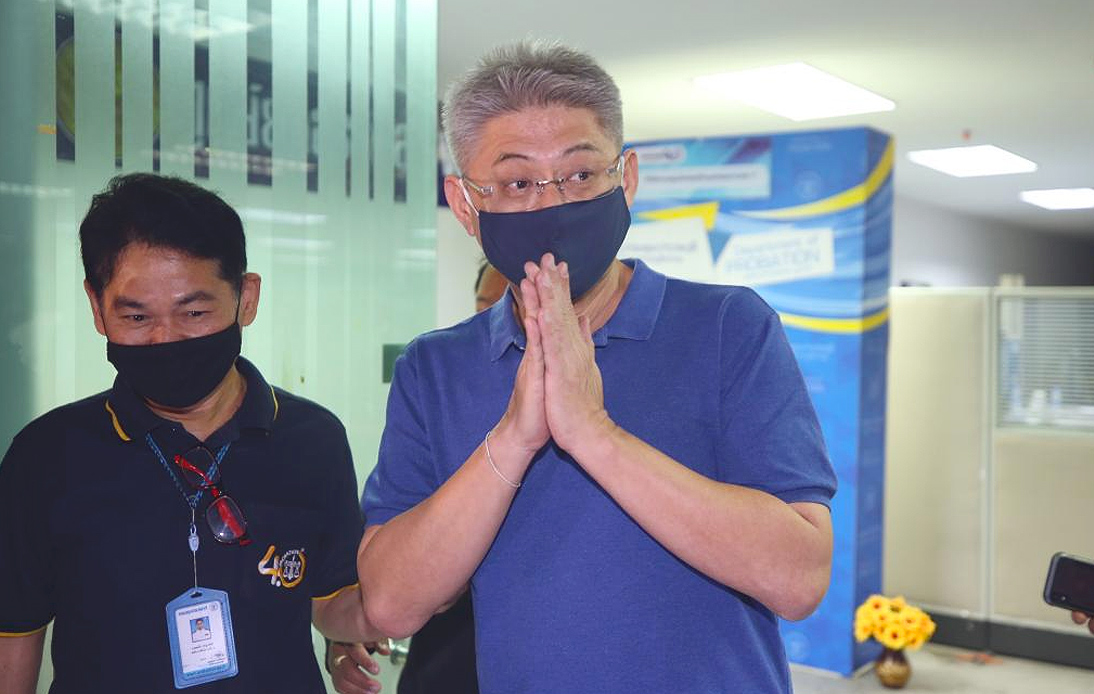 Mr. Sorayut was released on parole after serving a jail sentence for embezzlement.

Reports indicated that Mr. Sorayut was transferred in a Corrections Department vehicle from Bangkok Pretrial Detention to 7th Bangkok Probation Office in Lak Si District on Sunday at around 7:40 a.m.

There, officers tagged him with an electronic monitoring device (EM) before releasing him.

According to the director-general of the Probation Department, Witthawal Sunthornkachit, the anchorman is prohibited from entering the prison vicinity because he could contact inmates who are still detained.

He is also banned from boarding flights or leaving Bangkok without official permission.

Witthawal said that Mr. Sorayut was not allowed to participate in political activities, such as being an emcee for a political party. However, he can host television news programs as long as he presents the facts under the guidelines of journalistic ethics.

Thanakrit Jit-areerat, Secretary to the Minister of Justice, spoke about Mr. Sorayut’s parole.

He said that the TV host had not been treated as a VIP prisoner but clarified that an arrangement was made to facilitate his release because he is a well-known public figure in society. After being tagged with the EM bracelet, Mr. Sorayut said that he was happy to be freed even if the release occurs under certain conditions.

The former anchorman said that he was able to adjust to his living conditions in prison but that he was glad the case against him was over.

After a riot broke out in Buri Ram prison when some inmates were allegedly infected with COVID-19, Justice Minister Somsak Thepsutin allowed Mr. Sorayut to create a news program to keep prisoners informed.

“After being given the opportunity to run the program in line with my career, my time in prison ran faster,” Mr Sorayuth said.

“Now I can start my life over again from the very beginning,” he added, saying with tears in his eyes that the first thing he would do would be to pay his respects to the portrait of his late mother, Mrs. Witchda.

However, he did not confirm if he would return to the television news anytime soon.

When asked if he had plans to return to the small screen, Mr. Sorayu said that he would think about it after being absent from work for more than five years but added that he would still work for Channel 3 if he returned as a news anchor.

In January of last year, the Supreme Court sentenced Mr. Sorayut to eight years in prison.

He was charged with embezzling 138 million baht in advertising fees from the Mass Communications Organization of Thailand (MCOT). His parole will end in July 2023.