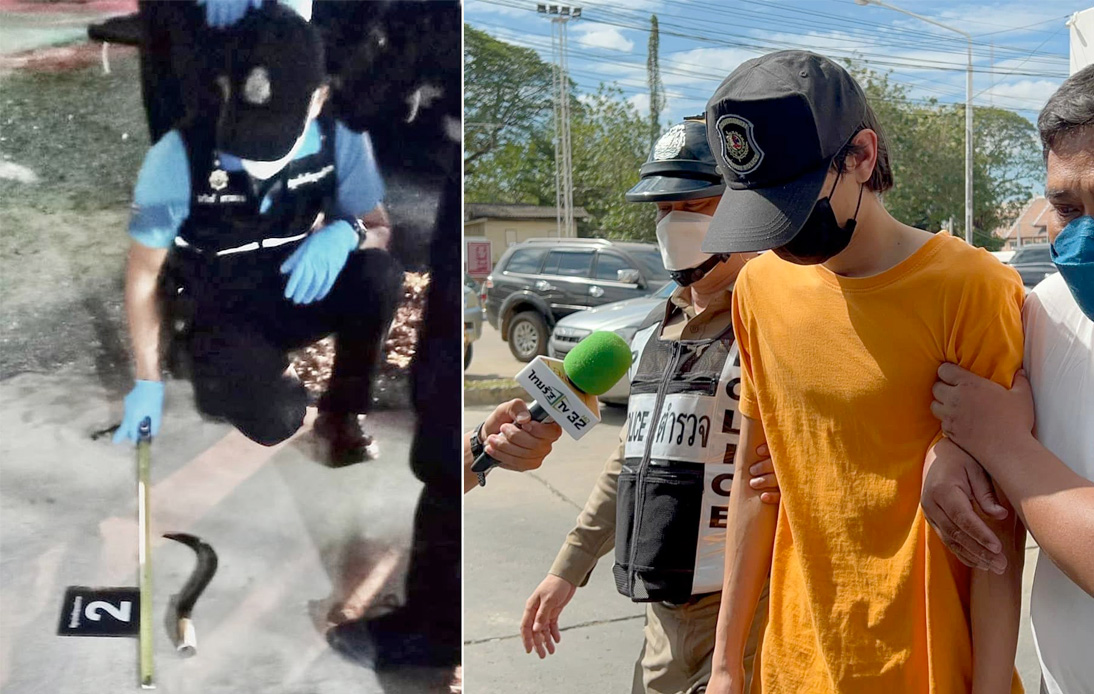 A British tourist has been beheaded with a sickle and another was attacked by an angry neighbor while drinking and playing loud music in Thailand.

Local media reported that both foreigners had been attacked in Kanchanaburi during the early hours of Saturday. Police arrived at the scene around 3:50 a.m. local time and found a man face down in a pool of blood with stab wounds to his neck.

Another 55-year-old man found nearby was rushed by police in critical condition.

Officers searched the crime scene and found a pair of shoes and a machete-type blade, suspected to be the murder weapon.

UK Foreign Ministry spokesman told the media yesterday: “We are in contact with the Royal Thai Police following the death of one British man and the hospitalization of another in Thailand and are ready to provide consular support.”

According to police reports, officers were called to a house in Kanchanaburi where Mr. Evans and his friend Shaun Kevin Dagnan were drinking since very early on Friday. Witnesses said the pair continued “talking loudly and playing music” from a Bluetooth speaker after midnight.

An angry neighbor, who reportedly knew the pair and shared cigarettes with them earlier, confronted them and launched the scythe attack shortly after 3:00 a.m. Other residents heard the screams and approached the place, where they found the man’s body almost decapitated.

Mueang police said they had arrested a suspect, saying he was a 23-year-old local man with a history of mental health problems. The young man was reportedly hiding in a nearby house “trembling and covered in blood.”

A team of police and forensic officers have been dispatched to the scene to continue collecting evidence, Police Colonel Somkiart Chomchai stated.

Later, it was revealed that locals had attacked and injured the suspect, who required hospital treatment, after he stabbed the British citizens.