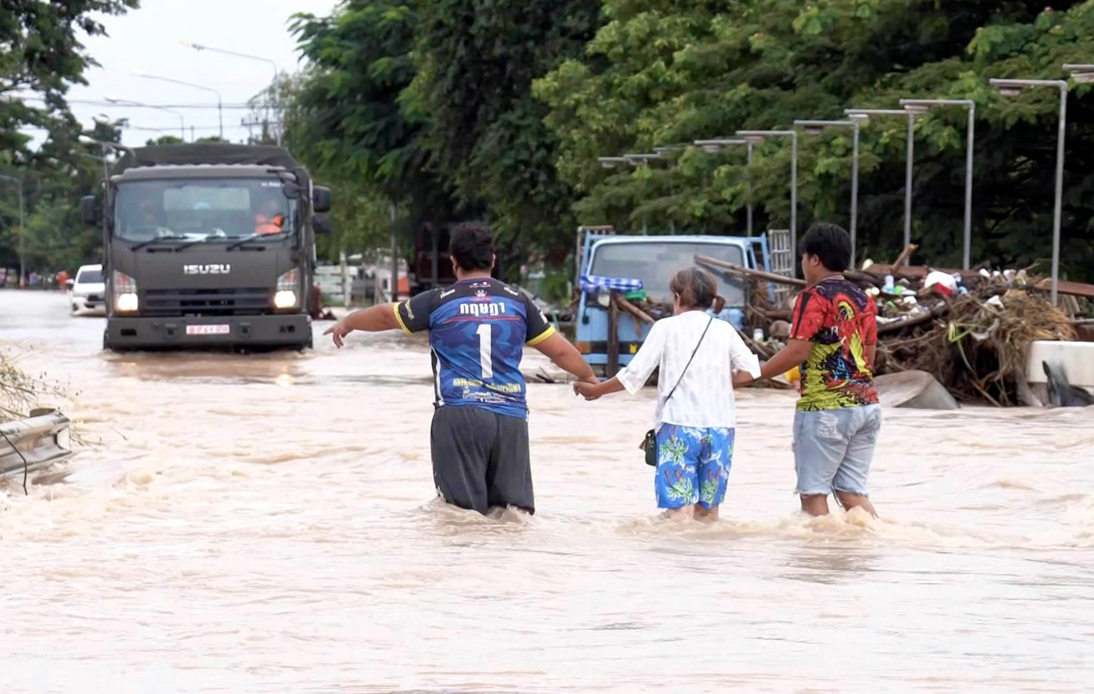 On Monday, Governor Wichian Chantaranothai said that all but two Chaiyaphum Province’s districts had been hit hard by what authorities described as the worst flooding in the past five decades.

The central northeast province has 16 districts, but only Kaeng Khro and Sap Yai had not been flooded, the governor said, adding that the other 14 were declared disaster areas.

Three districts suffered the worst consequences: Muang, Bamnet Narong, and Chaturat, with Muang district being the most affected, Wichian added.

According to official figures, more than 10,000 households were damaged by the huge water volume discharged from the Lam Khan Chu dam reservoir. In Bamnet Narong, about 3,000 houses in 23 villages were flooded by the most severe flooding in 100 years, authorities said.

The entire Muang district area was flooded, with the water level reaching between 50 centimeters and 2 meters deep, leaving almost 25 communities flooded. Residents in affected communities had no food or clean water, the governor stated.

The government ordered 2nd Army troops to deploy to help people in distress.

Meanwhile, at Chaiyaphum Hospital, security teams reinforced sandbag walls and installed pumps to drain the water in order to keep its facilities dry.

Water and electricity supply to the villages were cut off as a security measure, local authorities reported, adding that villagers climbed to rooftops to await evacuation.

Moreover, Bamnet Narong Hospital’s patients were transferred to other nearby hospitals after the water level reached 1-2 meters deep.

In Chaturat district, local troops and officials used large high-clearance vehicles and flat-bottom boats to help villagers and evacuate them to higher ground. According to the Tambon Ban Phet Municipality mayor Kittipong Thamsoparat, a huge water volume had entered the district through the adjoining Thep Sathit district in Nakhon Ratchasima’s Chaiyaphum and Thepharak and Dan Khun Thod districts.

Ban Phet was the most affected, reporting 3,000 houses in 23 villages flooded. Nong Phak Waen, or Moo 21 village, was also hard hit, as it was flooded with water at about 2-meter deep.

Rescue efforts have been hampered by strong currents. However, the water level remained stable on Monday morning, and it is expected to recede gradually in a week or less.