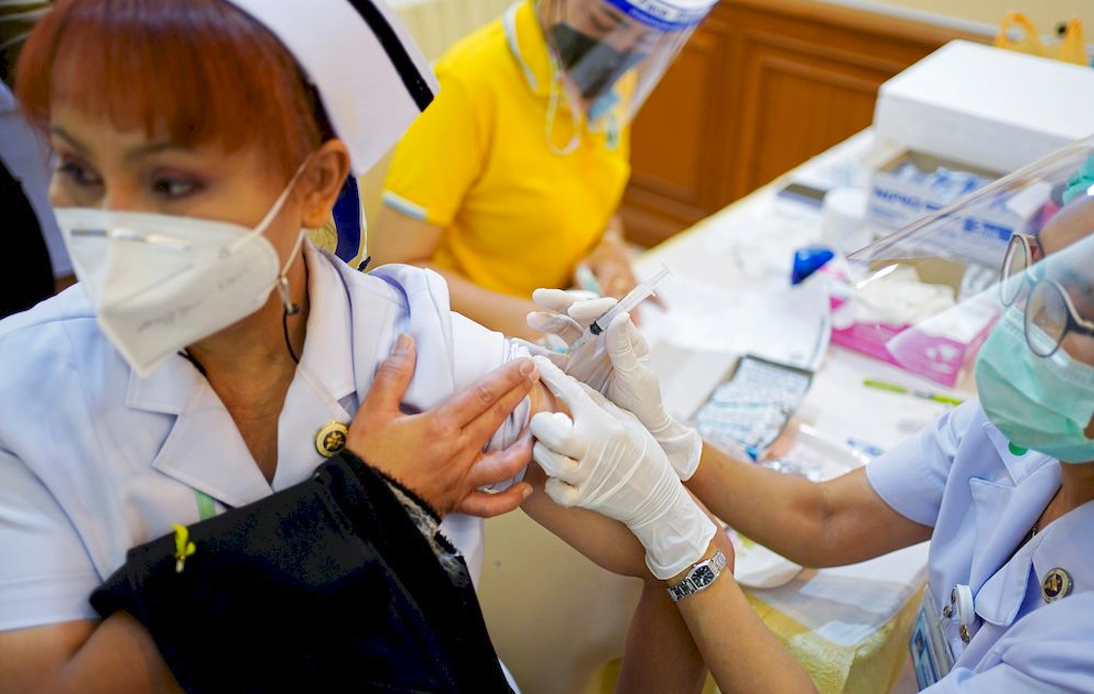 On Monday, the Government Pharmaceutical Organization (GPO) began human trials of a COVID-19 vaccine developed in Thailand that, according to the health minister, is expected to be implemented next year to give the country more freedom.

The trials are carried out in collaboration with the Mahidol University Faculty of Tropical Medicine and start by delivering to 18 volunteers. The vaccine uses an inactivated virus in chicken eggs to trigger immunity.

According to the GPO, 210 volunteers between the ages of 18 and 59 would receive the smallest dose of the vaccine during the first phase of human trials.

The second phase will encompass 250 volunteers between 18 and 75, who will receive a slightly higher dose. The second phase is expected to begin in July, with results by the end of the year.

Through this process and scientific studies, researchers expect to determine the correct dosage.

Furthermore, the GPO explained that the Thai vaccine candidate modifies the Newcastle Avian Disease virus with a COVID-19 spike protein and is replicated using egg-based technology.

Piyasakol Sakolsatayadorn, chairman of the Mahidol University Council, told a news conference: “The vaccine, produced by Thais for Thais, is expected to be used next year.”

Besides, Health Minister Anutin Charnvirakul assured that such a vaccine would give Thailand more options with fewer constraints.

“Even though we can produce vaccines in the country, it is from technology transfer and under management of brands,” he said, adding: “But today, if we are successful we can set our own direction.”

The Thai authorities created a vaccination campaign, intending to inoculate half the population by the end of 2021 and achieve herd immunity.

To do this, they plan to use 61 million doses of the AstraZeneca vaccine that will be locally produced in June. Moreover, Chulalongkorn University is developing another homegrown vaccine using Messenger RNA (mRNA) technology, and they hope to begin human trials soon.