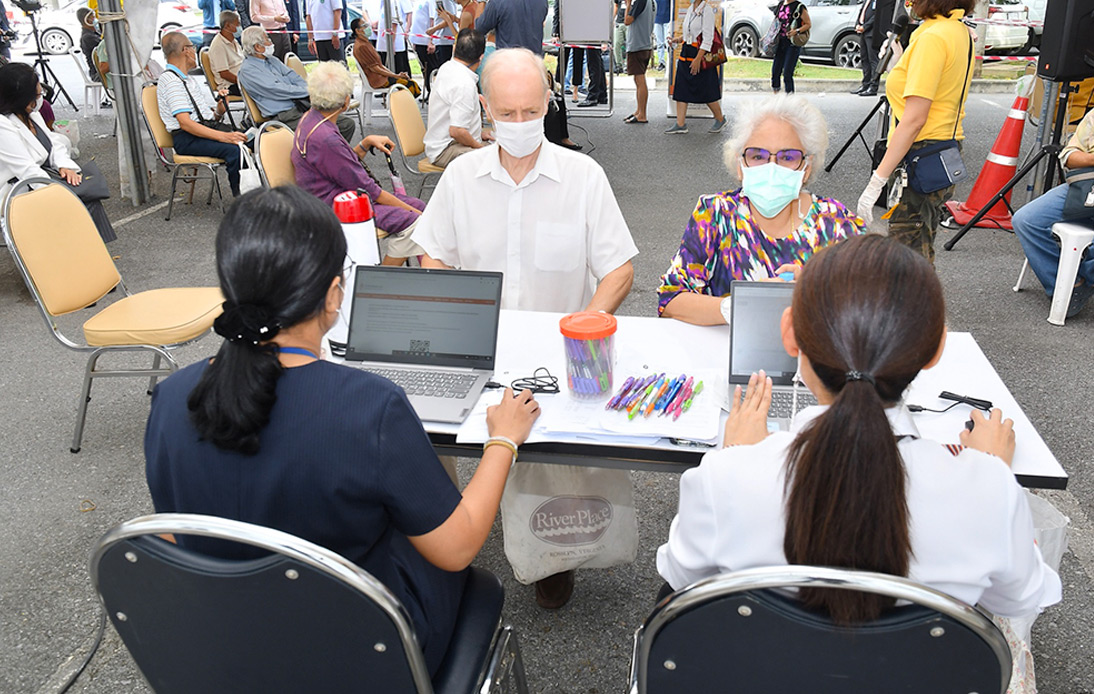 A new government website opened on Monday afternoon to start accepting registrations from foreign nationals living in Thailand who expect to get a COVID-19 vaccine.

The Public Health Ministry are responsible for the updated English version of the www.thailandintervac.com website. It had previously been developed and used as a channel for diplomatic personnel in the Kingdom to request a coronavirus jab.

The information on the website says that the vaccine booking process would first open to foreigners aged 60 or more and for those suffering from chronic diseases.

The conditions listed by health officials are severe chronic respiratory disease, coronary artery disease, chronic kidney disease (fifth stage), stroke, cancer (applies to patients receiving chemotherapy), diabetes, and obesity (applies to people who weigh more than 100 kilos or with a BMI of 35 and above).

The doses available for foreigners as of June 6 are from Sinovac and AstraZeneca’s vaccines.

Initially, the inoculation campaign was scheduled to roll out in the Bangkok and Pattaya areas, starting with MedPark, Vimut, and Phyathai 2 hospitals in the capital.

Then, vaccinations would begin in Bangkok Hospital Pattaya and Bangrak Vaccination and Health Center in Sathon. But Mr. Natapanu said that some hospitals would join later as they needed extra time to enter the registration system for foreign nationals.

The government kicked off the long-delayed nationwide vaccination rollout for Thai and foreign nationals on Monday.

The website became congested shortly after the news spread, and it displayed the message: “Please try registration after 5:00 p.m. We have to apologize for all the inconvenience.” Before the website was launched for ordinary foreign residents, authorities informed that people could register for vaccination at a state hospital with their medical records or at a health center.

It was also reported that those eligible must present some documents at the vaccination spot.

They include a passport registered on the website and evidence of chronic disease or condition issued no more than a year ago.