Pattaya’s Expats at Greater Risk of Arrest During COVID 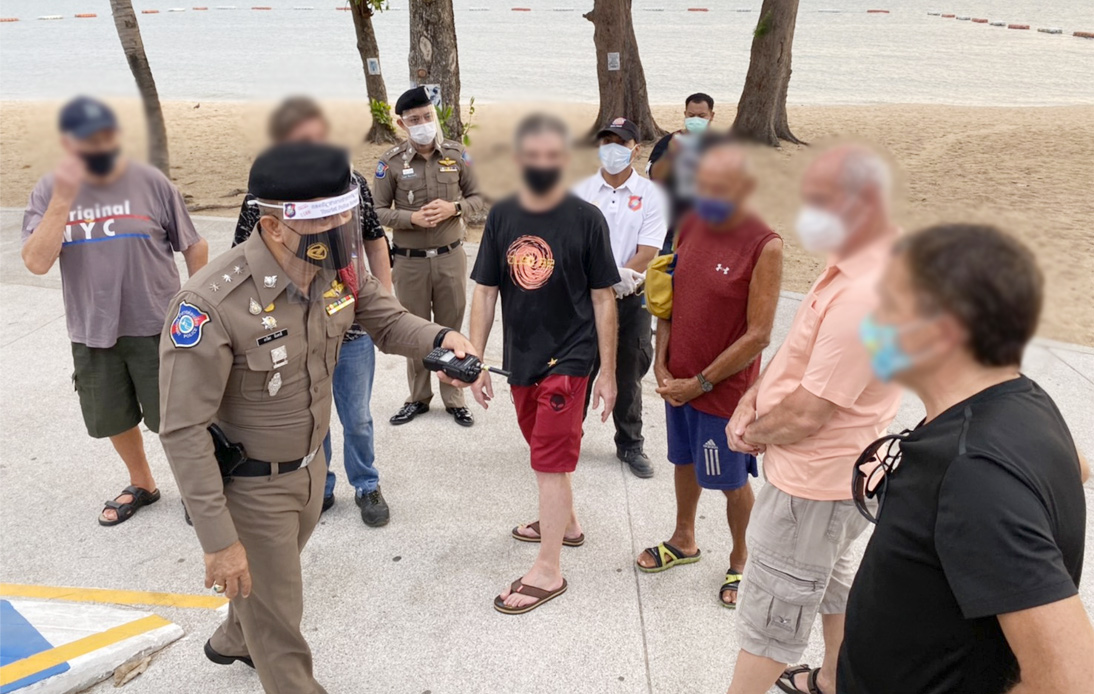 Pattaya expats have been urged to take extra care in order to avoid breaking the national and provincial rules over alcohol and drug consumption, gambling, and partying as they are at higher risk of being arrested.

Pol Major General Thiti Saengsawang, acting chief of Chonburi police, warned people saying that there would be more crackdowns because of the health dangers derived from the coronavirus in the territory. He organized a recent raid that resulted in 16 non-Thais arrested.

It was on a Jomtien condominium that was hiding a gambling den.

There were also other arrests related to alleged miscreants at a birthday party and some incidents involving illicit substances at pubs and beach areas. Although authorities have not released a total number of foreigners arrested, press reports and social media indicate that 100 expats have been arrested in the Greater Pattaya area since Christmas.

But crimes implicating Americans, Europeans, or Australia catch the attention of English-language media more frequently compared with those concerning workers from Laos, Myanmar or Cambodia.

“They are usually retirees or vacationers who have not yet returned to their home country,” said Khun Anan, a lawyer present on a recent mass detention.

“Because Pattaya is boring right now with entertainment places shuttered, some farang are easily seduced by claims from friends that a certain hotel pool is a private area, exempt from anti-booze regulations, or that gambling is OK provided playing cards rather than dice are used,” Khun Anan added.

According to press reports, the maximum penalties include sums of 200,00 baht, two years in jail, or both. However, there is no evidence that they are being strictly enforced -unless the person is in charge of the enterprise, it involves work permits or officials find drugs for possession or trafficking.

Being at a booze party might end in a fine of 50,000 baht following a night in jail and weeks of bail.

Minor infections, such as being without a mask, usually result in a warning. But, as the most recent provincial proclamation says, people who don’t wear masks in public could pay a fine of up to 20,000 baht.