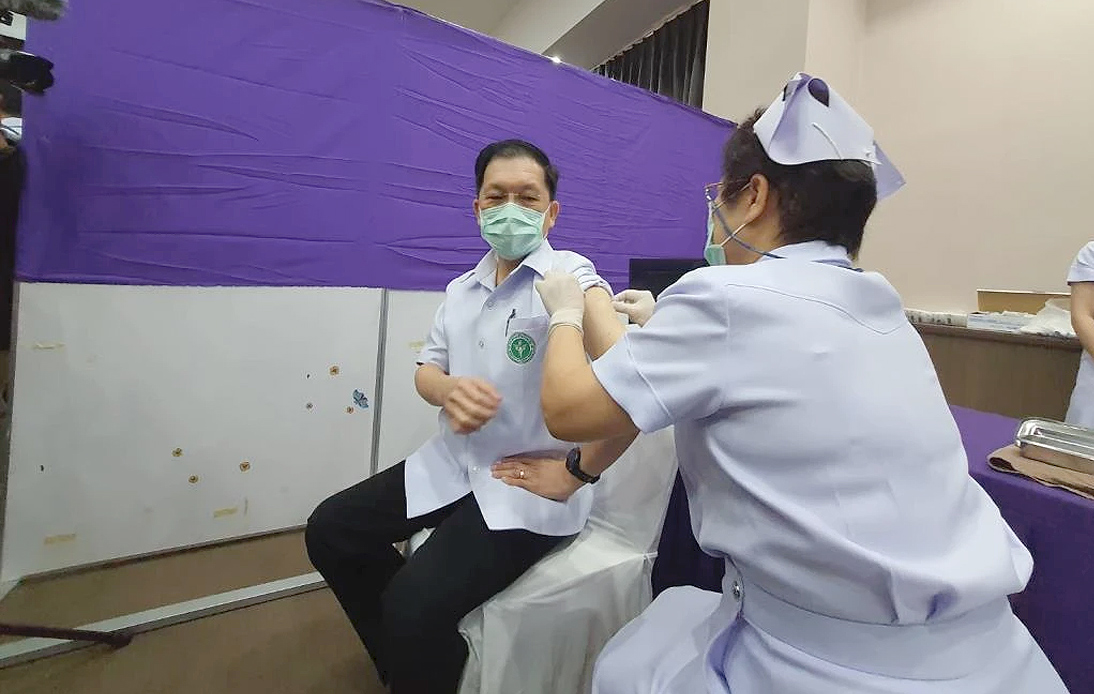 The Prime Minister denied unsubstantiated reports that alleged a VIP group in Chiang Mai received the first doses of the COVID-19 vaccine, insisting that the shots are not administered to special privilege groups.

Rumors about a hospital in Chiang Mai province arranging “VIP vaccines” spread across the country recently.

In response, Prime Minister Prayut Chan-o-cha said: “We have never had a policy to reserve vaccines for VIP group. The Ministry of Public Health insists there are no inoculations for the privileged”.

Nonetheless, it did not provide the VIPs’ personal details, and the site administrator removed the post on Tuesday.

According to Gen Prayut, the people who will receive the jab are essential workers in the health sector, volunteers at risk, and vulnerable people in 13 provinces of the country. He added: “The decision to provide vaccines will be based on the provincial health departments and provincial Covid-19 administration centers.”

The prime minister also mentioned that the shots would not be administered to those under 18, pregnant women, or people whose doctors recommend against receiving vaccines.

Meanwhile, Dr. Opas Karnkawinpong, director-general of the Department of Disease Control (DDC), stated that the Ministry of Public Health quickly formed a probe committee to investigate the inoculation program in Chiang Mai after the report of the VIP vaccines emerged.

Dr. Worachat Taycharak, director of the Nakornping Hospital in Chiang Mai province, said 3,500 doses had arrived in the region, intended to immunize 1,750 people. He also added that the vaccines would be sent to nine designated hospitals in the area.

He said each of the nine hospitals would organize and make decisions about its own Covid-19 inoculation scheme.