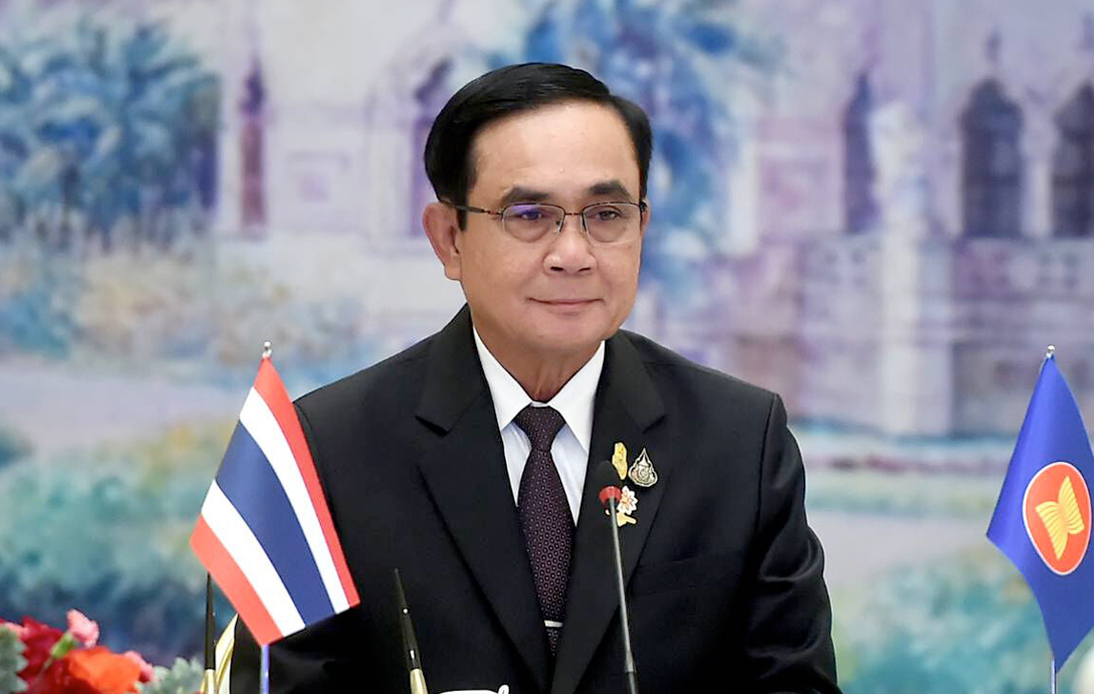 On Tuesday, Prime Minister Prayut Chan-o-cha asked other Asean members to reopen their borders and allow safe travel to reactivate the region’s economy.

General Prayut, who addressed the 38th and 39th Asean Summits by videoconference, called on neighboring countries’ governments to follow in Thailand’s footsteps and take strong action to ensure the bloc’s response to the Covid-19 pandemic.

The health crisis exacerbates the region’s vulnerability to face emerging threats, the prime minister told Asean leaders, adding that the bloc must work to address the pandemic’s aftermath and learn from it to be more resilient in the future.

“Asean should start reopening and allowing for safe travel to revive its economies,” he said.

Moreover, the ASEAN Travel Corridor Arrangement Framework should be implemented and include mutual recognition of jabs and vaccination certificates to promote tourist and business travel, general Prayut stated.

The prime minister also urged Asean leaders to avoid unnecessary measures that could “hinder the movement of goods to ensure supply chain connectivity during the pandemic” and stimulate the regional economy through the intra-ASEAN market.

He also expects the Regional Comprehensive Economic Partnership (RCEP) to enter into force as scheduled and the negotiations The Asean-Canada Free Trade Agreement (FTA) to be announced soon. The RCEP is a proposed agreement between Asean members and their FTA partners to cover trade in goods, services, and intellectual property.

According to the prime minister, the RCEP and the Asean-Canada FTA would promote an environment conducive to trade and investment, expanding business opportunities to help entrepreneurs recover from the pandemic.

“Thailand plans to submit the instrument of ratification for the RCEP to the Asean secretary-general in early November to contribute to its early entry into force,” he stated.

General Prayut also praised the initiative to use the Covid-19 Asean Response Fund to procure vaccines, adding that he hoped member states would receive them soon.

Myanmar and its political situation after the February military coup topped the Asean leaders’ talks agenda. However, the country refused to send a representative since its junta chief, Gen Min Aung Hlaing, was excluded from the bloc.