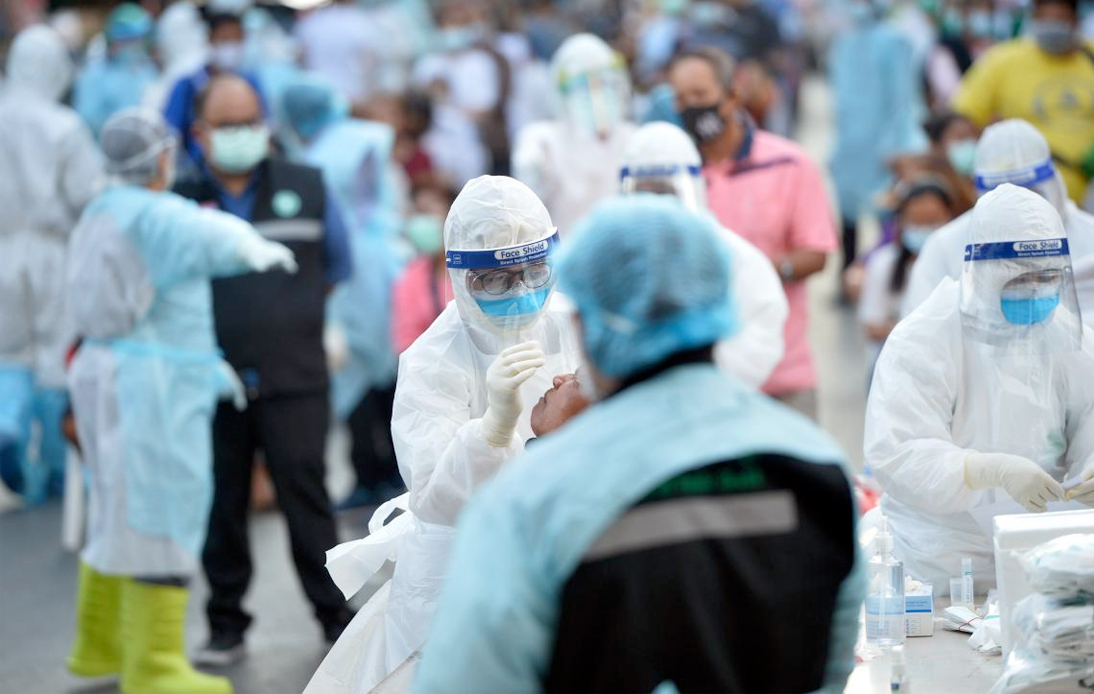 The Interior Ministry has ordered authorities in each Thai province to step up measures to combat the spread of Covid-19 after a surge in local cases was reported across the country.

On Sunday, Permanent Secretary for Interior Affairs Sutthipong Chucharoen called on all provincial governors to raise their guard against the novel coronavirus. Speaking at the directive, he said officials at all levels should join forces to closely monitor the situation in their provinces, especially those that border neighboring countries.

Mr. Sutthipong stated that officials needed to define and prepare contingency plans to deal with an outbreak if the virus breaks out in their provinces or villages.

The order was issued after Thailand reported a rise in new infections for the sixth day in a row on Sunday.

According to official figures, the country accumulated 360,380 local infections from January 1 to February 13, which represents an increase of around 8,000 cases each day. However, the infection toll has increased considerably during the last week, surpassing the 14,177 cases detected on Monday and reaching 18,953 on Sunday.

The daily report from the Public Health Ministry, cited by the Center for Covid-19 Situation Administration (CCSA) during Sunday’s bulletin, excludes positive ATK test results subject to follow-up tests. Therefore, the case toll could be higher.

Center of Excellence in Clinical Virology at Chulalongkorn University’s head Dr. Yong Poovorawan warned through a Facebook post that Omicron cases in Thailand and other Asian countries had not peaked as they had in nations in Europe or the United States, which now report a downward trend.