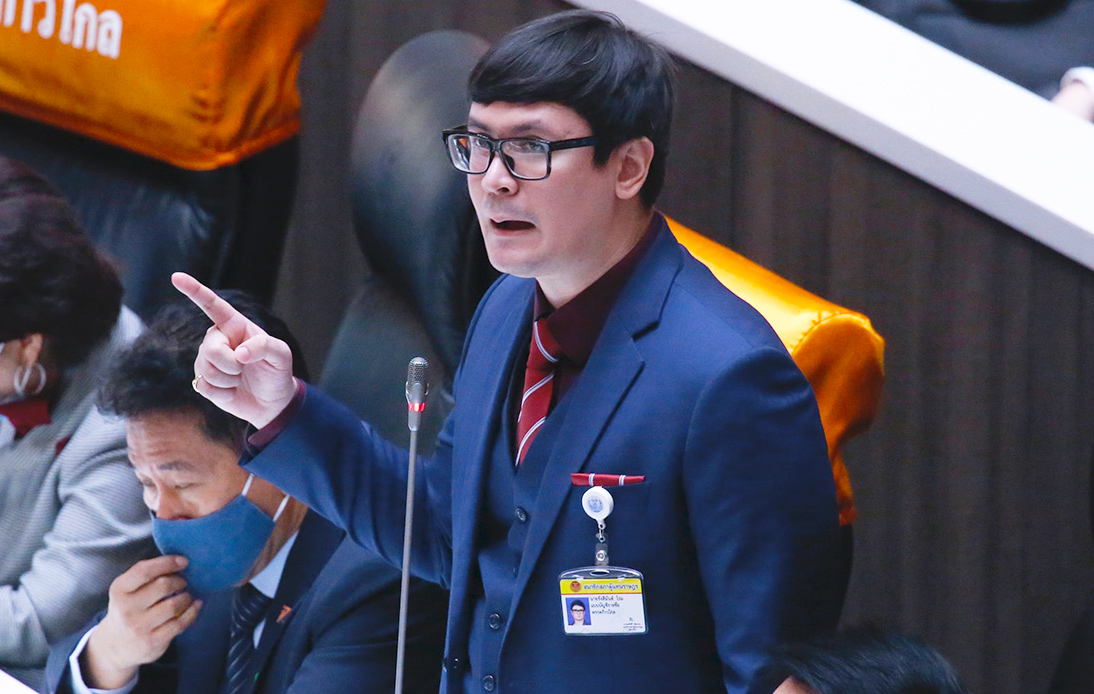 According to the opposition politician, long-standing problems within the police include corruption and position buying.

He also mentioned that another problem was certain favors through what he called tua chang or “elephant tickets.” He described it as a fast-track promotion system in which people, including those who don’t deserve it, get the promotion but avoid meeting the criteria that it implies.

In this sense, Rangsiman accused Prime Minister Prayut Chan-o-cha of allowing such irregularities.

Gen Prayut chairs the Police Commission that oversees the Royal Thai Police. However, it has been said that such negligence also existed when Deputy Prime Minister Prawit Wongsuwon managed police affairs.

According to the MP, the case in question was linked to the privilege of the “police tickets.”

The so-called policy tickets supposedly led to serious jockeying to occupy top positions in the RTP. The privilege implied a waiver of the Police Commission’s criteria, causing positions to be offered to undeserving officers.

Later, just days after the debate concluded, Prayut Chan-o-cha admitted that there were problems in the police forces and promised to address them.

How is the process?

According to sources close to the matter, officers who intend to climb the police steps need a ticket policy, a reference, or a stamp of approval from police powers, politicians, or business people.

The sources said that the ticket could be a verbal or written reference that is sent to those responsible for compiling and sending the list of promotions.

“Prices for positions vary, with the positions of police superintendents costing between 5-10 million baht,” they added.

The sources also said that the recent annual policing reshuffle did not attract much criticism about buying positions within the police force compared to previous ones.

However, they stated that positions being bought and sold secretly still existed.

The reshuffle went smoothly as officers who were unfairly transferred in the past have been granted the positions they deserve based on merit thanks to a policy imposed by the new national police chief Pol Gen Suwat Jangyodsuk.

However, the further increase in COVID-19 infections linked to underground gambling dens has exposed position buying.

The police reportedly have financial backing from a major illegal gambling den operator.