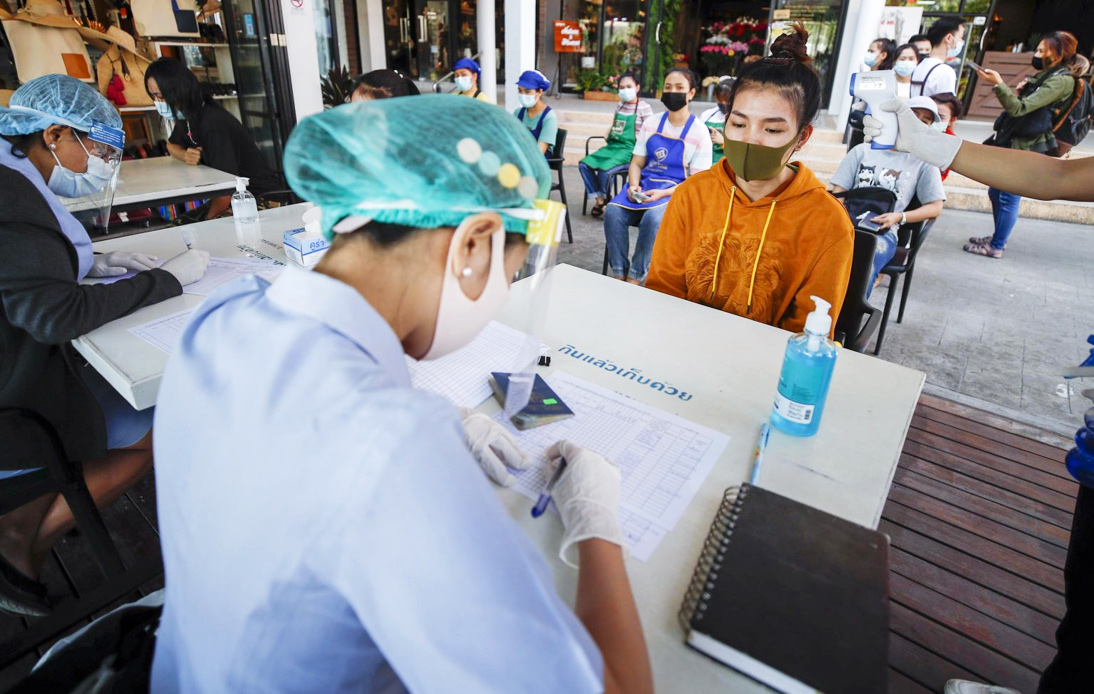 Officials on Tuesday revealed that the massive coronavirus outbreak at the Shrimp Market in Samut Sakhon has now spread to at least 13 provinces.

According to the latest reports by provincial health offices, there are 9 cases in Bangkok, 8 in Samut Songkhram, Nakhon Pathom and Pathum Thani each, 7 in Samut Prakan and Suphan Buri, 3 in Saraburi, 2 each in Kamphaeng Phet, and Phetchabun, and 1 each in Chachoengsao, Phetchaburi, Uttaradit, and Phuket.

All of the cases are traced back to the seafood market in Samut Sakhon, where more than 1000 people have tested positive for COVID-19. Most of them are migrant workers.

Prime Minister Prayut Chan-o-cha said that the Thai government’s pandemic response center would discuss later this week if more measures to curb the spread of the infection are needed.

“I may have to impose additional measures, especially the New Year celebrations,” he said.

“If we’re too lax, the COVID-19 would cause more damage to the economy and that will affect us all,” he added.

He also said that the search would be expanded to other surrounding communities in the province where migrant workers reside.

“Ninety percent of the patients are migrant workers. However, things are looking up since the infection rate is now lowered from 40 to 27.91 percent,” he added.

Veerasak also urged locals to have compassion for migrants workers who are currently isolated.

“The Myanmar people living in the Central Shrimp Market are not convicts. They are not criminal suspects. They did nothing wrong,” the governor stated, adding: “The important thing right now is we have to take care of them, to make sure they are safe”.

There have been more than 5,700 cases of COVID-19 reported in Thailand since the OMS announced the pandemic in March.

However, most of them have already recovered and, according to the reports, 60 people have died of the coronavirus.

There is also a greater rate of infection in areas around the Shrimp Market in Samut Sakhon because of it’s crowded environment, said director of health ministry’s communicable disease division Sophon Iamsirithavorn.

“The rate of infection at the epicenter is as high as 44 percent because it is a crowded community,” he said.

“However, the rate of infection is three times lower two kilometers away from the epicenter at 8 to 14 percent,” he added.

Prime Minister Prayut Chan-o-cha promised to speed up the production and procurement of COVID-19 vaccines.