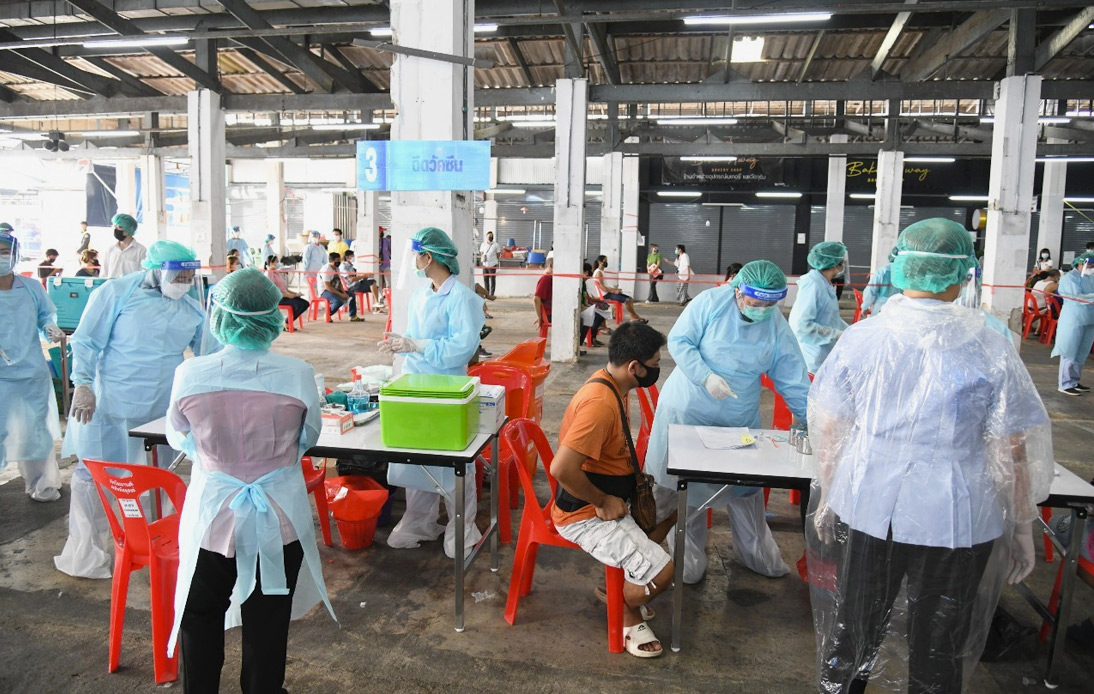 On Sunday, Thailand logged 90 new coronavirus infections, increasing the total of confirmed cases since the pandemic began to 27,803. Of the said group, 81 were transmitted locally.

No new deaths were recorded, with the death toll remaining at 90.

Cases were also found in hospitals in Phetchaburi (6), Pathum Thani (4), Nakhon Pathom (2), and one each in Ratchaburi and Samut Prakan.

Reports showed that massive tests found 26 new cases in Samut Sakhon, nine in Pathum Thani and one in Samut Prakan. Besides, the rest of Sunday’s infections included nine imported cases.

Two of them were arrivals from the Philippines and one from Serbia, Japan, Yemen, Indonesia, Sudan, the United Kingdom, and the United Arab Emirates.

According to the CCSA, Bangkok health authorities were targeting the Bang Khae district markets, the epicenter of a new outbreak that extended to Songkhla and Si Sa Ket. Officials said that patients from those two provinces had visited Bang Khae before coming home.

However, approximately 2,600 people considered at risk in Bang Khae have gotten the shot.

The Thai government has already acquired batches of COVID-19 vaccine doses. Additionally, earlier this month, it announced that members of the public who were interested in getting vaccinated could register in early May before the beginning of the mass vaccination campaign.

Authorities previously announced that the first doses would be for priority groups such as front-line workers and people at risk.

Despite concerns about the side effects of the vaccine developed by the British firm AstraZeneca, Thailand decided to resume the use of the jab after the World Health Organization (WHO) and the European Medicines Agency (EMA) denied the rumors that it could cause blood clots.

Officials have said they hope to vaccinate half the population by the end of the year to achieve herd immunity.

To date, Thailand has prevented the massive spread of COVID-19 cases, successfully controlling a second outbreak of cases detected late last year. Since the pandemic began, the country has only recorded around 28,000 cases and only 90 deaths.