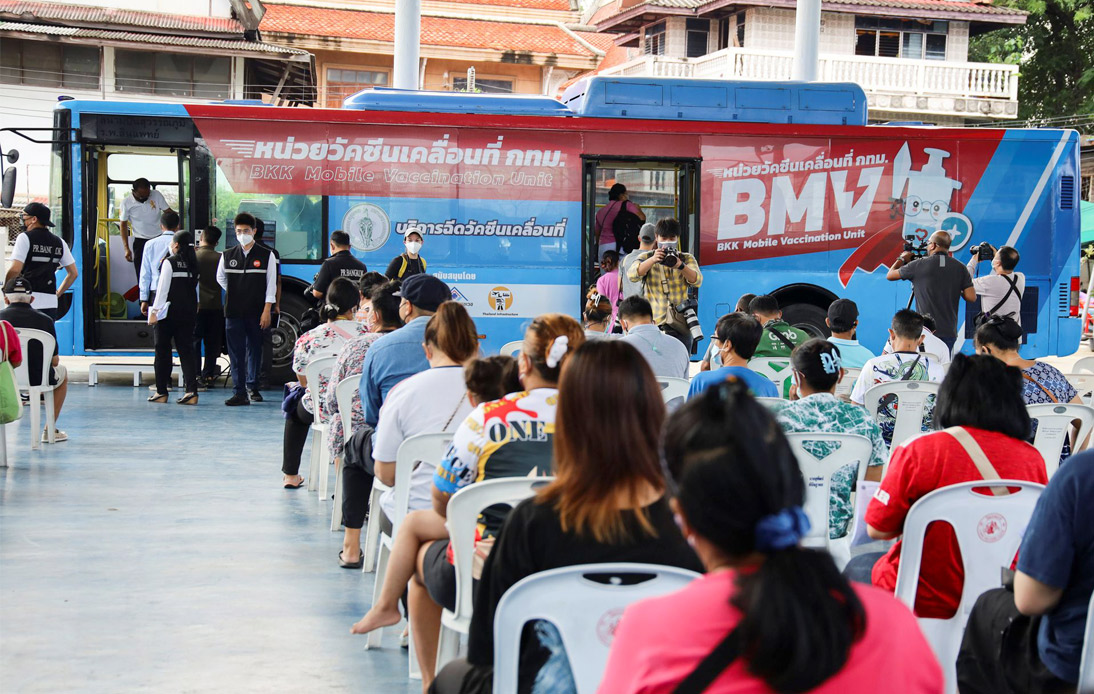 The newly detected cases included 12,420 transmissions among the general population and 163 among prison inmates. Moreover, authorities reported that 16,302 Covid-19 patients recovered and were discharged from hospitals on Sunday.

In a briefing yesterday afternoon, the Center for Covid-19 Situation Administration (CCSA) said the 180 new deaths were aged 21-94, adding that the figure included two citizens from Myanmar and one from Japan.

But “the rise in three-digit figures is probably in connection with eased lockdown measures,” CCSA Spokesman Dr. Taweesilp Visanuyothin stated.

Thailand has treated 1,365,983 patients diagnosed with Covid-19 since the third and most intense coronavirus wave started hitting the country on April 1. The government said 1,220,732 had recovered to date.

Thailand’s record Covid-19 cases number was registered on July 13, with 23,418 infections. Five days later, on August 18, it also reported its all-time high in daily fatalities, with 312.

Meanwhile, global Covid-19 cases rose to 373,175 in the last 24 hours, reaching 225,469,980 since the World Health Organization reported the first cases and declared the novel coronavirus a pandemic. The global death toll also rose to 4,644,028 after 5,910 fatalities were reported yesterday.

Covid-19 infections in Thailand drop as most East Asia and Oceania overcome the battle against Covid-19 after the most contagious strain Delta decimated many worldwide nations’ recovery efforts.

The news also comes as the government expects to implement reopening plans and ease restrictions to teach people to live with the virus in order to reactivate the country’s economy.