Thamanat Sacked From Cabinet, Had Claimed He Resigned 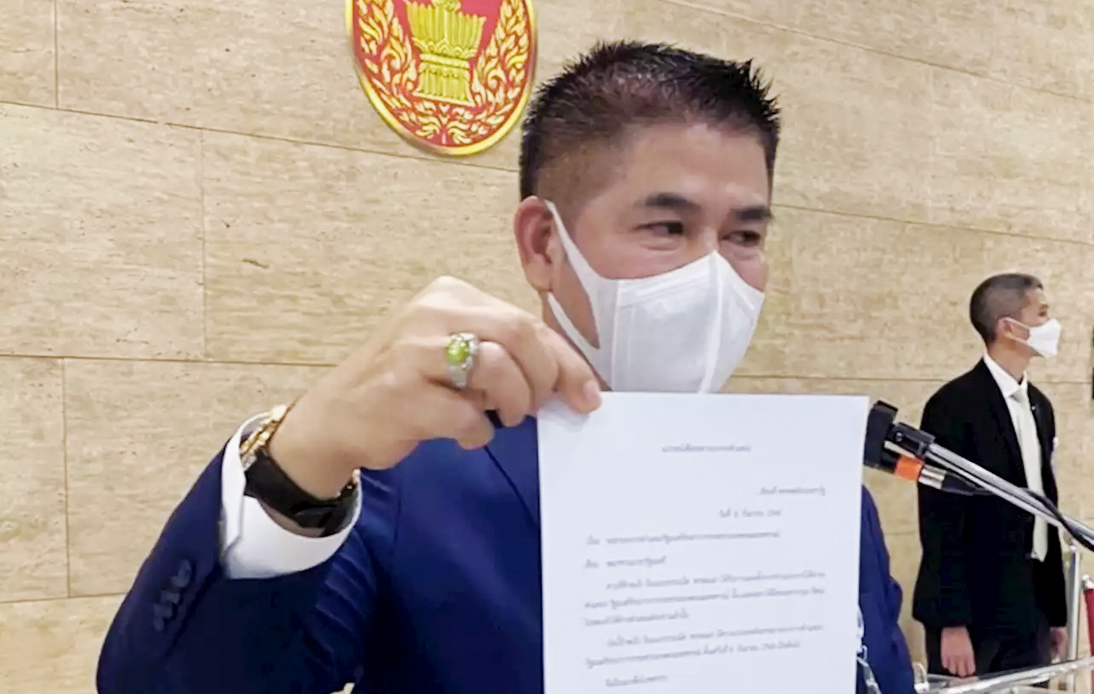 On Thursday, the Royal Gazette published a royal command announcing that Thamanat Prompow, secretary-general of the coalition-core Palang Pracharath Party, had been removed from his position of deputy agriculture minister.

The royal command, which removed them from both their portfolios and the cabinet, was issued on Wednesday, declaring that Prime Minister Prayut Chan-o-cha considered it appropriate to remove some ministers for the benefit of the government.

Answering questions from journalists, when asked whether the two ministers’ departure had been a dismissal or a voluntary resignation, General Prayut gave an ambiguous answer, saying that he had his own reasons for such changes.

However, Deputy Prime Minister Wissanu Krea-ngam confirmed later that they had been sacked.

Also, Mr. Thamanat told reporters that he had signed a letter of resignation from the portfolio on Wednesday.

He argued that he “cannot share the same path” with the prime minister and the national administration, adding that he would only keep his role as an MP for Phayao province for the time being.

Mr. Thamanat, elected general secretary of the Palang Pracharath Party (PPRP), said that he had not yet decided to remain within the party.

Previously, he was accused of backing a movement to overthrow General Prayut during last week’s no-confidence debate.

According to a source from the PPRP, the prime minister did not accept Mr. Thamanat’s apology as he could not tolerate any move against him. Besides, he reportedly wants to closely monitor the PPRP himself, the insider added.

The source also said that Mr. Thamanat could form his own party in the future, as he no longer feels feel comfortable at the PPRP.

Mr. Thamanat entered politics after joining the Thai Rak Thai party, which was disbanded in 1999. Later, in 2014, he was a list MP candidate for the Pheu Thai Party.

Ms. Narumon was appointed deputy labor minister in August 2020 after serving as a spokesperson for General Prayut’s government. She was not available to respond to media comments.