Thailand’s Huge Ketamine Bust Turned Out to Be a Misunderstanding 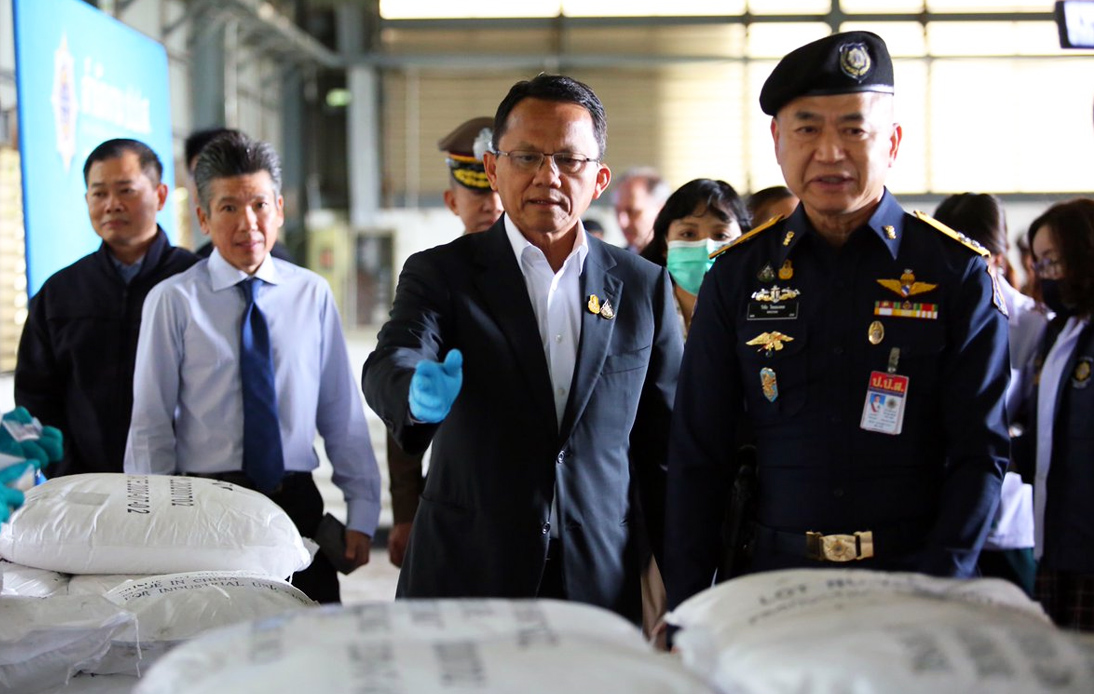 On November 12, Thai authorities claimed to have seized almost 11.5 tons of white powder from a local warehouse. They said the seizure was for nearly a billion dollars worth of a drug called ketamine.

Nevertheless, the Thai Minister of Justice said the event had been a misunderstanding.

Laboratory tests allegedly found the substance to be trisodium phosphate, a chemical compound commonly used as a cleaning agent.

According to Somsak Thepsuthin, a technical error in the field tests had led to the initial false claim.

Officials seized the substance earlier this month and said it was the largest ketamine bust in the country.

This drug is commonly used as an anesthetic. However, due to its hallucinogenic effects, it is considered a party drug and can even cause severe damage to the body, such as death.

On the other hand, trisodium phosphate is a white powdered substance used as a stain remover product or a food additive.

Mr. Somsak told reporters: “This was a misunderstanding that our agency must accept,” adding that it was a “technical error in the field.”

Screening tests turn purple in the presence of ketamine hydrochloride. Mr. Somsak explained that the confusion was because these preliminary tests reacted in the same way with trisodium phosphate.

However, when the Office of the Narcotics Control Board (ONCB) retested them in a suitable laboratory, it was confirmed that at least 66 bags were of the cleaning agent.

Reuters reported that 475 bags of the substance were found in a local warehouse after a tip-off from Taiwan.

Wichai Chaimongkhol, ONCB secretary-general, told reporters after the bust: “The drugs are the largest amount ever seized in Thailand, with [an] estimated value [of] 28.7bn baht ($ 950m; £ 710m) based on retail price.”

Later, Mr. Somsak admitted that it might have been premature to hold a press conference on this at such an early stage.

“No matter, we have admitted the mistake, and it may not be corrected in the short term,” he also said.

The minister also stated that he would ask the Police Forensic Sciences Division, the Department of Medical Sciences, and the ONCB to conduct laboratory tests to clarify the matter. The results should be known this week, and other agencies could also participate if they want.