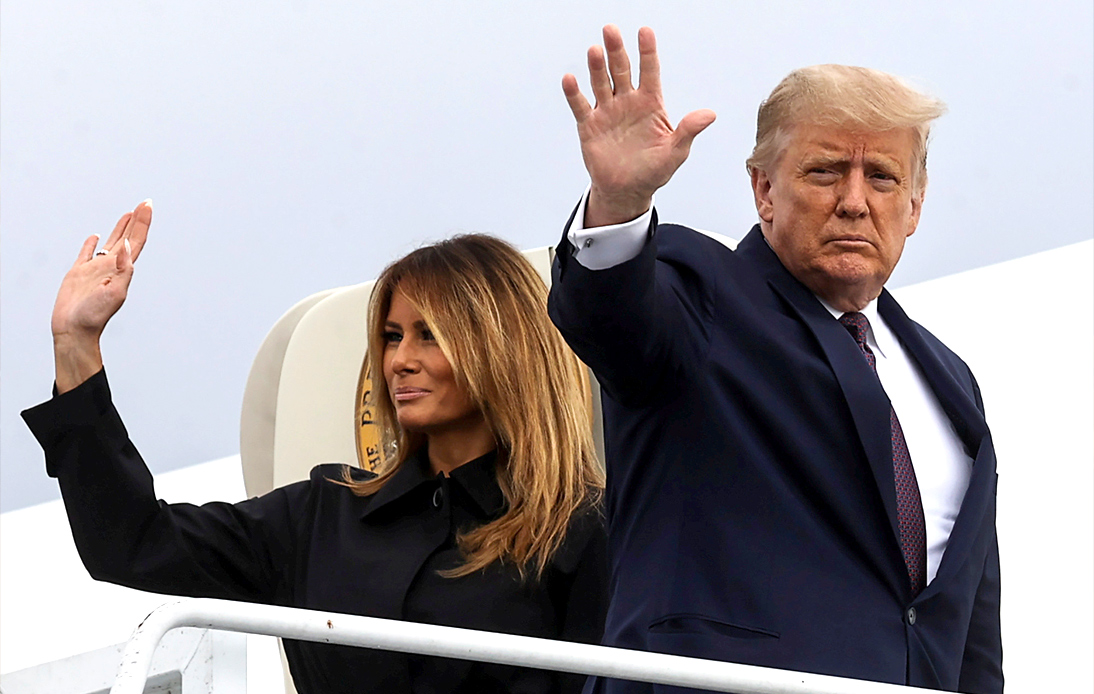 US President Donald Trump has mild COVID-19 symptoms a few days after he and his wife, Melania Trump, tested positive for coronavirus.

White House Chief of Staff, Mark Meadows, indicated that the president is at work and in a good mood. However, his doctor commented that he is fatigued.

Likewise, authorities expressed that the process of monitoring the contacts of the president and his wife in recent days was already underway, adding that Trump is considering how to address the nation or communicate with the American people to prove that he is fine.

Meadows also claimed that Trump was experiencing mild symptoms and was optimistic that the president would recover quickly.

Sean Conley, Trump’s physician, reported that the president received a cocktail dose of Regeneron’s polyclonal antibodies as a precautionary measure. This treatment will help lower the levels of the virus, thus speeding up his recovery.

However, he pulled out of a video conference call with vulnerable seniors that was scheduled for Friday and left Vice President Mike Pence in charge of the meeting.

The shocking news came a month before the presidential elections, where he will face Democrat Joe Biden.

Both were together on stage just a few days ago to carry out the presidential debate.

Biden and his wife were tested on Friday. And, according to statements by the presidential candidate, both received negative results.

Given this fact, he tweeted: “I’m happy to report that Jill and I have tested negative for COVID. Thank you to everyone for your messages of concern. I hope this serves as a reminder: wear a mask, keep social distance, and wash your hands.”

On Thursday this week, Trump and his wife said they planned self-isolate. It came later one of Trump’s closest aides, Hope Hicks, tested positive. However, soon after, they too received a positive diagnosis.

Besides, Hicks traveled with Trump on Air Force One to the first presidential television debate last Tuesday -it was held in Ohio, where some of Trump’s relatives were not wearing masks.

The president has received strong criticism after he decided to attend a fundraiser on Thursday, even though Hicks was showing symptoms, as there were dozens of people from New Jersey at the event.

In the United States, the coronavirus has affected more than 7.2 million people and killed more than 200,000 of them.

Nonetheless, Trump has repeatedly rejected the use of masks. Furthermore, he has not complied with social distancing with his aides or other people in each of his official engagements.

Regarding the presidential campaign, Trump representatives issued a statement saying that campaign events would be temporarily postponed or would go virtual. However, Pence will continue with his tasks as he tested negative for COVID-19.