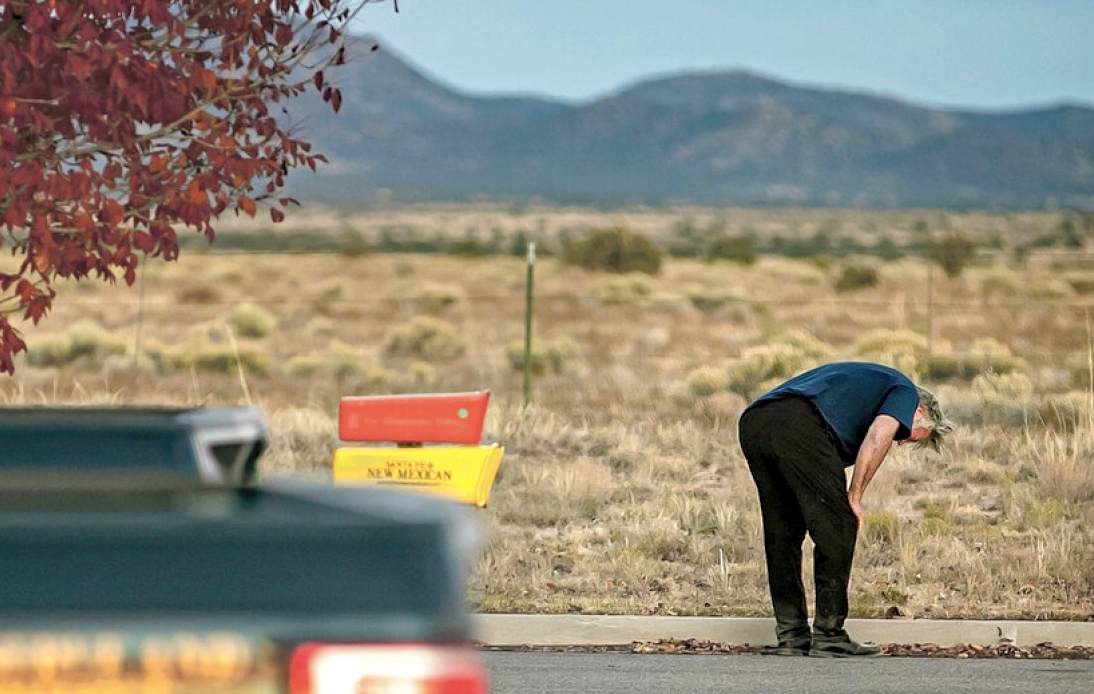 Actor and producer Alec Baldwin accidentally fired a prop gun, killing one crew member and wounding another on a set for the film “Rust” in New Mexico, Santa Fe County Sheriff’s Office announced in a statement Thursday night.

The film’s cinematographer Halyna Hutchins, 42, was shot and rushed to the hospital by helicopter but died of her injuries.

48-year-old director Joel Souza was taken from the set at Bonanza Creek Ranch by ambulance and received emergency care, authorities said, adding that an investigation had been launched, but no charges had been filed.

A spokesman for Mr. Baldwin told the media that the fatal incident involved a prop gun with blanks.

“There was an accident today on the New Mexico set of Rust involving the misfire of a prop gun with blanks. Production has been halted for the time being. The safety of our cast and crew remains our top priority,” the spokesperson said in a statement.

Moreover, a spokesman for the Santa Fe sheriff told the AFP news agency that Baldwin had spoken cooperatively with detectives.

“He came in voluntarily and he left the building after he finished his interviews,” the spokesperson stated.

A rep for the Beetlejuice’s actor declined to comment further on the accident.

Images obtained by NBC News showed Baldwin in a parking lot outside the sheriff’s office, bending over by the curbside and talking on the phone. Also, the Santa Fe New Mexican reported that Baldwin had been seen crying outside the Santa Fe County Sheriff’s Office on Thursday.

Ukraine-born Ms. Hutchins studied journalism in Kyiv before moving to Los Angeles to major in film. In 2019, she was named a “rising star” by American Cinematographer magazine and worked as director of photography for the action film Archenemy, directed by Adam Egypt Mortimer, a year later.

“The details are unclear at this moment, but we are working to learn more, and we support a full investigation into this tragic event,” guild president John Lindley and executive director Rebecca Rhine said.

Incidents similar to Thursday’s accidental shooting are rare in the industry. But sadly, they are not unheard of.

In 1993, Bruce Lee’s 28-year-old son died after being accidentally shot with a prop pistol on The Crow’s film set.