Botswana Huge 1,098-Carat Diamond Could Be “Third Largest Ever Found” 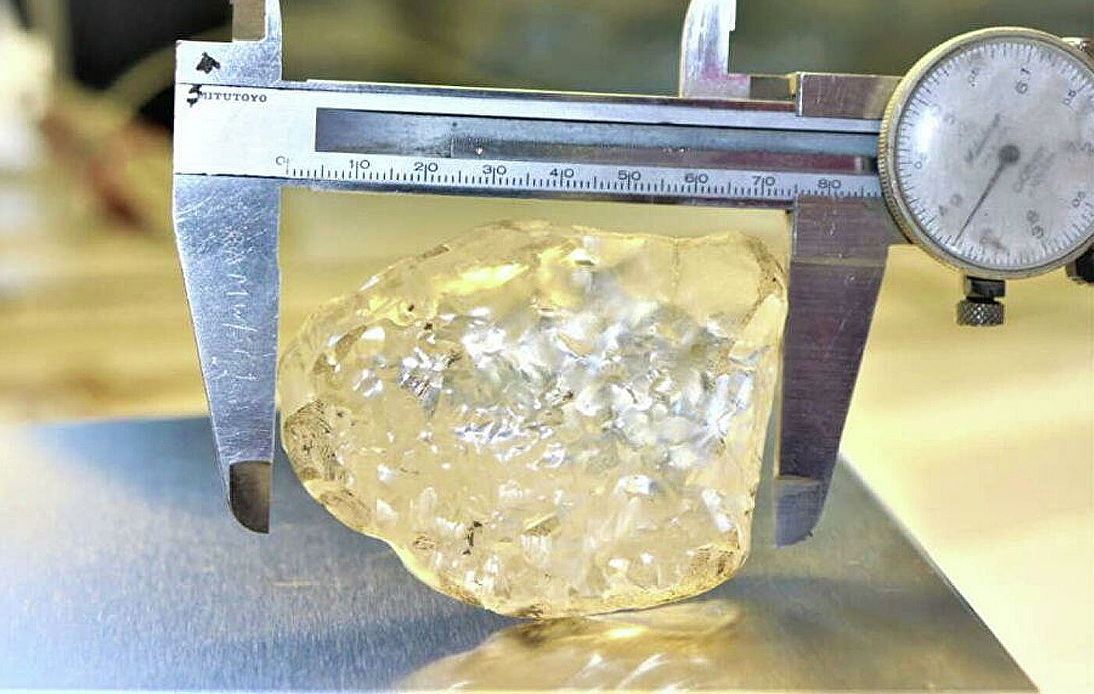 Miners in southern Botswana unearthed a huge diamond, which is believed to be the third-largest diamond in the world.

The precious jewel was dug up in the Jwaneng mine in southern Botswana, considered the world’s most valuable mine. Miners working for the Debswana mining company made the great diamond discovery during their labors on June 1.

The diamond itself will be valued in the next few weeks, the company stated.

However, its value is believed to be only two places below the largest rough diamond ever discovered. It is known as The Cullinan, found in South Africa in 1905, and is worth more than $2 billion, according to WP diamonds.

Carats are the units of measurement that specialists use to label diamonds and other gemstones’ physical weight. A Debswana spokesperson said yesterday that the newly unearthed diamond was the largest diamond ever found by the company in its five decades in the business.

“This is the largest diamond to be recovered by Debswana in its history of over 50 years in operation,” said Lynette Armstrong, Debswana Diamond Company’s acting managing director.

“From our preliminary analysis it could be the world’s third largest gem quality stone,” Lynette Armstrong added. Debswana is a joint venture between global diamond giant De Beers and Botswana’s government, but 80% of its sales revenue goes to the state coffers through taxes, dividends, and royalties.

Botswana Minerals Minister Lefoko Moagi said the latest find could not have come at a better time for the country.

Botswana is the largest producer of diamonds on the continent, but the COVID-19 pandemic caused a sharp drop in sales of precious stones and precious metals last year. The newly discovered 1,098-carat diamond has no name, but Debswana said it is 73mm long, 52mm wide, and 27mm thick.

According to Lynette Armstrong, the company has not yet decided whether to sell the “rare and extraordinary stone” through De Beers or the state-owned Okavango Diamond Company.