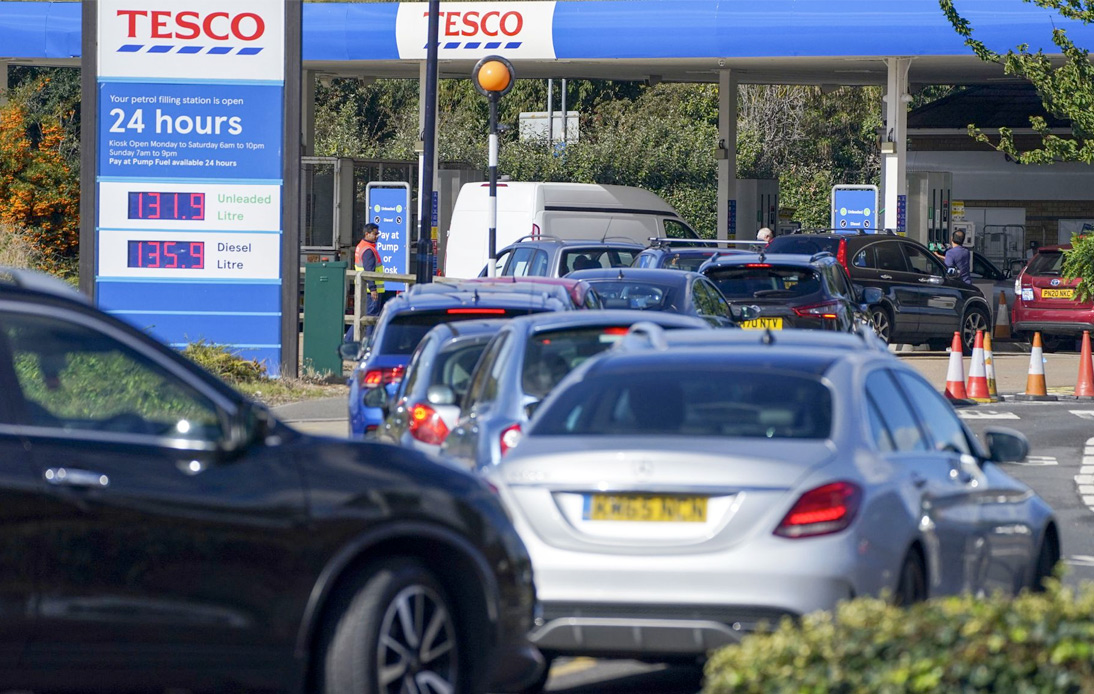 The situation led British motorists’ to panic-buy gasoline across the country. Over the weekend, the UK government announced several measures to address the fuel crisis.

They include temporary work visas for up to 5,500 foreign truck drivers and suspension on the competition law to allow suppliers to deliver fuel to rival operators.

The unions called for emergency workers to be given priority to supply fuel. In response, the government said UK Army tanker drivers had been placed in “a state of readiness in order to be deployed if required to deliver fuel to where it is needed most.”

On Monday, Environment Minister George Eustice clarified that the government had no plans to bring in the army to drive at the moment.

However, he stated that a civil contingency section within the military was on standby if necessary, adding: “We don’t judge that’s necessary at the moment.”

Business Secretary Kwasi Kwarteng also addressed the public, saying that the UK had strong fuel supplies. “However, we are aware of supply chain issues at fuel station forecourts and are taking steps to ease these as a matter of priority,” he added.

The UK faces a growing workers shortage, with a record one million job vacancies. The Covid-19 pandemic and Brexit have negatively impacted the trucking industry, forcing tens of thousands of EU citizens to leave their jobs as truck drivers and other occupations in the country.

Figures from the Road Haulage Association said the UK was short about 100,000 truck drivers.

However, the government said last month that it expects to push “most of the solutions” to the current through the industry, as it does not want to rely on foreign workers.

On Friday, the Automobile Association called for calm after BP was forced to temporarily close some stations for the second time in two months due to driver shortages. But many British citizens ignored it and flocked to gas stations to try to get fuel.

The Petrol Retailers Association, representing independent fuel suppliers, told the media that up to two-thirds of its 5,500 service stations had run out of fuel, adding that the rest were “partly dry and running out.”

Users on social media have reported that people have waited in long lines at gas stations across the UK. Moreover, some motorists were forced to abandon their vehicles after running out of fuel.