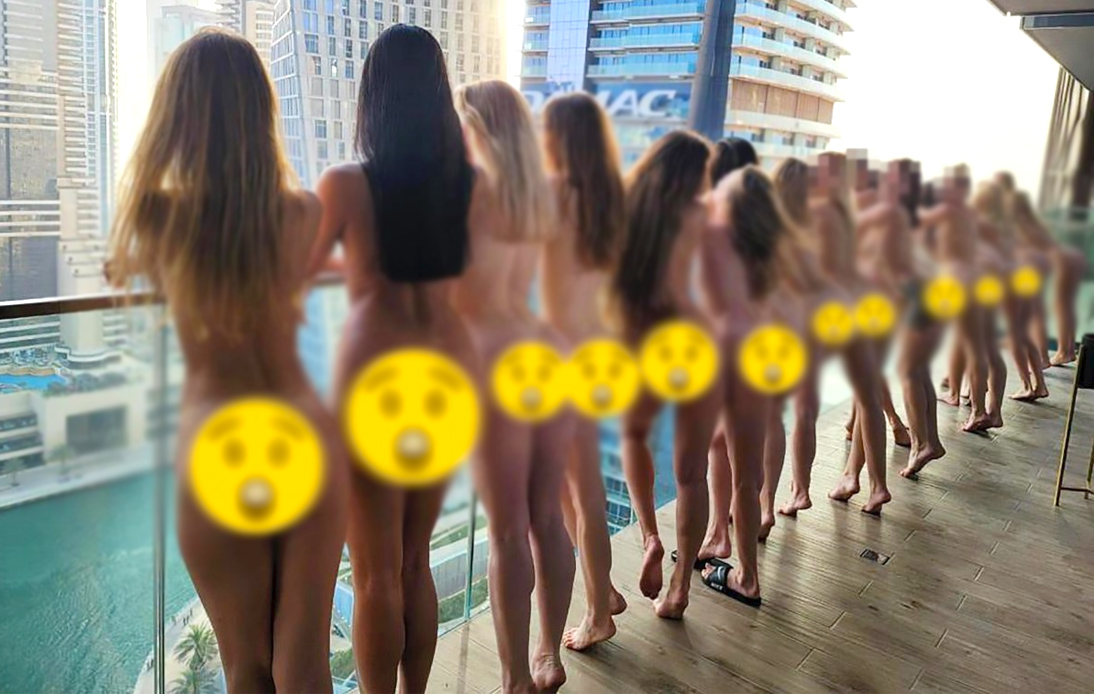 A group of people has been arrested by Dubai police over charges of public debauchery after participating in an outdoor nude photoshoot.

On Saturday, a video posted on social media showed a large group of naked women posing to be photographed on a balcony in broad daylight. Many of the United Arab Emirates laws are based on the Sharia law, under which several people have been imprisoned for public displays of affection and homosexual relationships.

Reports indicated that approximately a dozen women were photographed on the balcony of Dubai’s Marina district.

The Ukrainian consulate told the media that eleven Ukrainian women were in a detainees group and said it would visit them on Tuesday. A Russian was also reportedly detained, Russian media said yesterday.

Since the arrest, reports in the Russian media that eight Russian women were arrested have been denied.

However, the RIA news agency quoted officials as saying that a Russian was behind the shoot’s organization and was arrested, facing up to 18 months in prison. On the other hand, people charged with public debauchery can face up to six months in jail and a fine of Dh5,000 (about $1,790 or £981).

According to the Dubai Police, anyone who posts pornographic material or any material that may harm public morals can face a prison sentence and be fined.

“Such unacceptable behaviors do not reflect the values and ethics of Emirati society,” a police statement said. Anyone visiting or residing in the UAE must comply with its laws, and there are no exceptions for tourists.

There have previously been some high-profile cases of tourists being arrested while vacationing in Dubai for similar situations.

In 2017, a British woman was jailed and sentenced to one year in prison for having sex with a man she was not married to. Police discovered the relationship when the woman reported the man to authorities after receiving threatening messages.

Regarding the video published on Saturday, the state-linked newspaper The National said it appeared to be a publicity stunt but did not elaborate.

Dubai police later said that the arrests linked to the “indecent” clip had been referred to the prosecution.