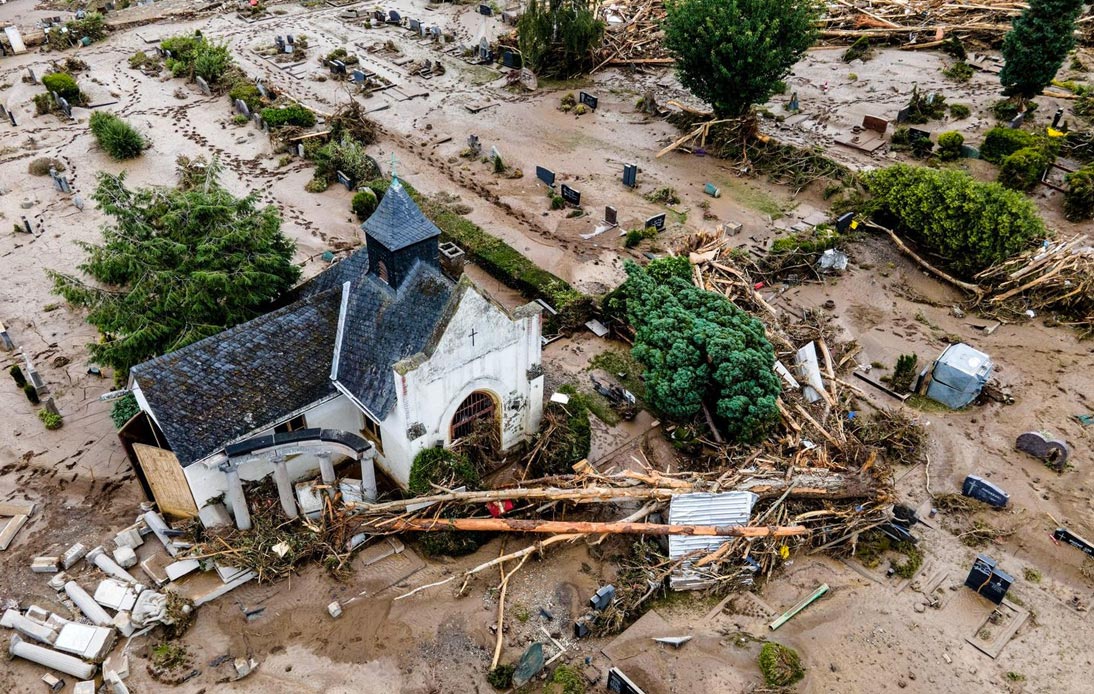 The death toll in Western Europe rose to at least 120, and authorities reported hundreds missing after record rains caused the region’s worst flooding in decades.

In Germany, the fatalities number exceeded 100, while at least 20 people died in Belgium.

Other hit countries were Luxembourg, Switzerland, and Russia.

They added that the planet had already warmed around 1.2 C° since the industrial age began.

Furthermore, experts stated that temperatures would continue rising if worldwide governments do not slash emissions.

Belgian Prime Minister Alexander De Croo declared July 20 a national day of mourning, saying the flood could have been the most catastrophic the country has seen.

Around 15,000 soldiers, police officers and emergency services workers have been deployed across Germany to assist search and rescue processes.

In Germany, entire villages have been destroyed. Also, up to 1,300 remain missing in the country’s western Ahrweiler district, local officials said Friday.

In Belgium, the government imposed a curfew due to the risk of looting while footage shared on social media platforms and media outlets showed cars being swept away.

Some cities, including the country’s third-largest urban area Liège, were ordered to evacuate their residents.

Fortunately, the Meuse River leveled off yesterday morning, with small overflows remaining in some areas.

Although the death toll in the Netherlands has remained at zero, the local authorities have urged thousands of people in different cities to leave their properties quickly.

Towns and villages along the Meuse River were ordered to evacuate.

In the Swiss capital Bern, the Aare River overflowed on Friday, flowing at a record speed of 560 cubic meters per second.

Additionally, Lake Lucerne has flooded the city and the government has asked Basel residents to stay away from the River Rhine.