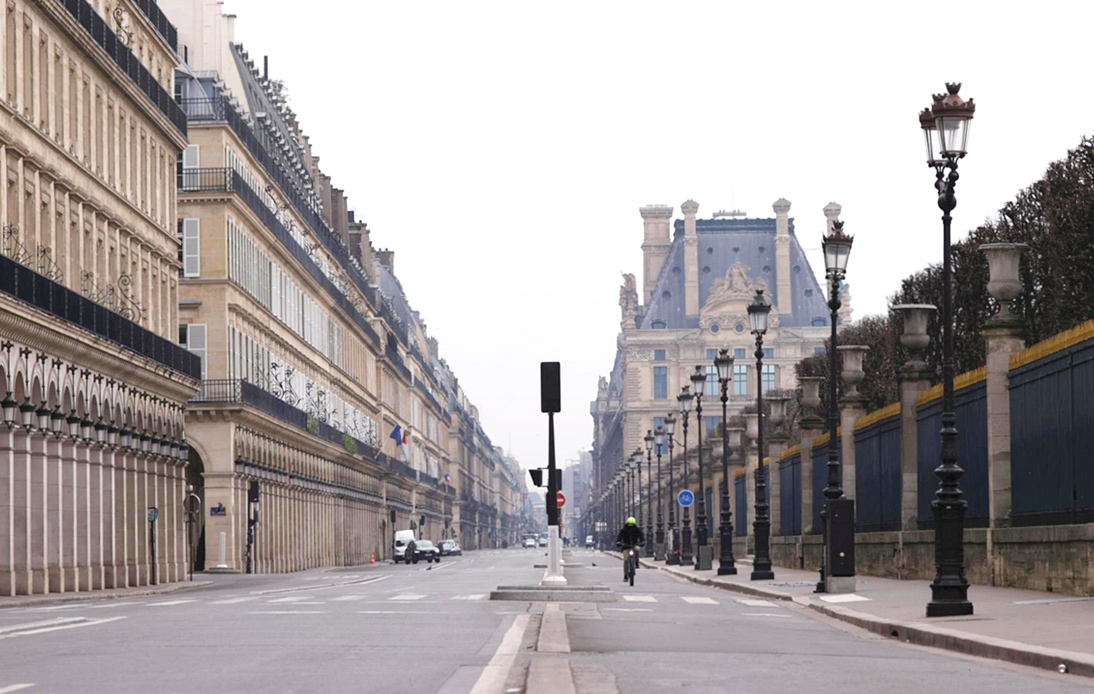 In a televised address to the nation on Wednesday, President Emmanuel Macron announced that strict lockdown restrictions, which have already been in place in Paris and other several areas, would be extended to all of France.

The move comes as part of the government’s efforts to combat a third wave of coronavirus in Europe.

According to Macron, the measures will take effect on Saturday and remain for at least one month. He has warned that the country would “lose control if we do not move now,” while the number of COVID-19 cases on the continent increases significantly.

The restrictions include the closure of non-essential shops and schools for three weeks after Easter.

France’s president said the schedules would be adapted to allow for a week of online lessons, followed by two weeks of vacation. Besides, there will be a ban on domestic travel for a month, and the authorities ordered to maintain a nationwide curfew from 7:00 pm to 6:00 am.

“The numbers are charging away from us” Macron said, adding that the country was faced with “a race against the clock.”

The national lockdown comes despite the government’s efforts to maintain only regional restrictions. France had considered closing schools a last resort, and the president seemed reluctant to introduce the measure as children’s education was “non-negotiable.”

The announcement comes after doctors warned that hospitals were about to collapse over the number of patients needing treatment.

In February, France had around 20,000 infections every 24 hours, but the number of daily cases reached 59,038 on Wednesday. Moreover, reports showed that the number of COVID-19 patients in intensive care units on Tuesday surpassed 5,000, exceeding the peak reached amid a long lockdown during the fall.

Macron said that worrying new data had been recorded in recent days, including an increase in the number of ICU patients under 65 years.

The government was trying to evade a new lockdown since the beginning of the year in order to steer France out of the pandemic and help the national economy recover from a deep recession. However, the options have narrowed over the past week as the most contagious variant of the virus has spread across the country and much of Europe.