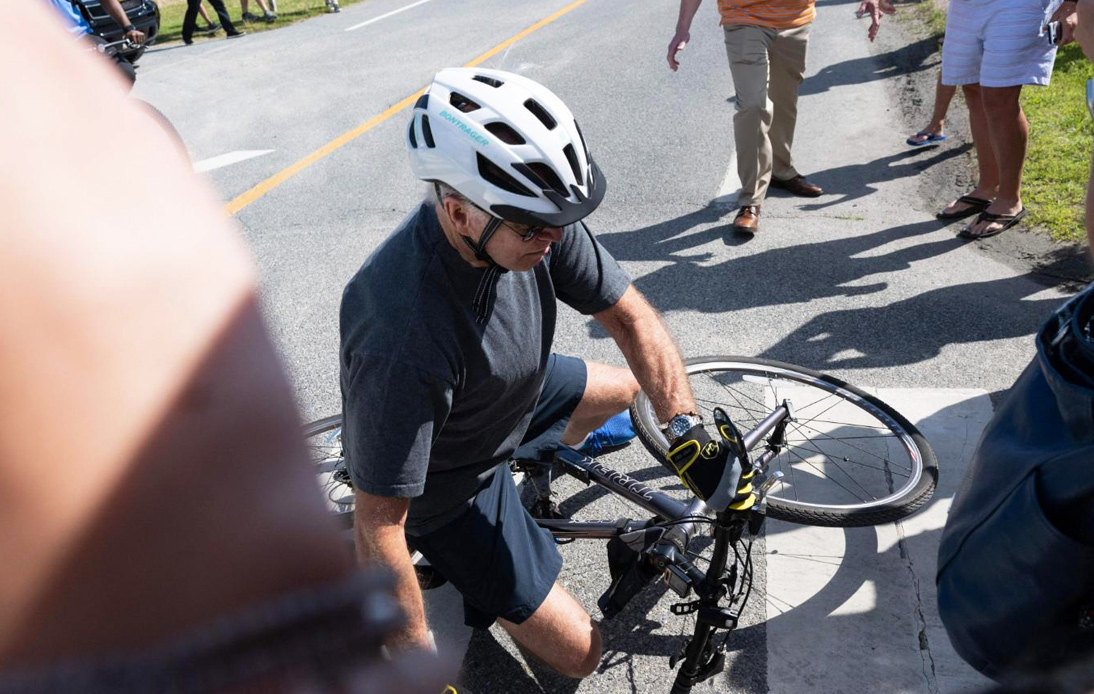 US President Joe Biden has fallen off his bike during a weekend ride to celebrate his 45th wedding anniversary with his wife.

Joe and Jill Biden were finishing a ride at Cape Henlopen State Park near his beach home in Delaware when he tried to get off his bike and took a tumble, falling to the ground.

US Secret Service agents quickly helped Mr. Biden get up, but he insisted that he had not been hurt and said: “I’m good. I got my foot caught in the toe cages.”

The 79-year-old Democrat was with the US first lady finishing the morning ride, but he kept pedaling to approach a crowd of supporters standing near the bike trail.

However, when attempting to dismount, Mr. Biden tumbled to the ground, prompting surprised bystanders to gasp.

After the incident, which occurred on a trail near Gordons Pond, several security agents raced to his rescue.

The president quickly got to his feet and spent several minutes interacting with the crowd who had gathered to see him cycling.

Joe and Jill Biden have said they are avid cyclists and often ride through Delaware. The couple was on a weekend getaway to their Rehoboth Beach home after celebrating their 45th wedding anniversary on Friday.

The US president, who left 11 minutes before his wife, accompanied by his security team, wore a gray T-shirt, blue Nike sneakers, navy blue shorts and a matching bike helmet.

After the tumble, Mr. Biden answered some questions from the press and the public.

Speaking about trade tariffs, he said: “I am in the process of making up my mind.” He also revealed that he would soon be speaking with his Chinese counterpart Xi Jinping.

But the bike fall was not the first public incident the US president has had. In March, he fell down a flight of stairs after tripping three times while climbing the steps to board the presidential aircraft, Air Force One, at Joint Base Andrews in Maryland.