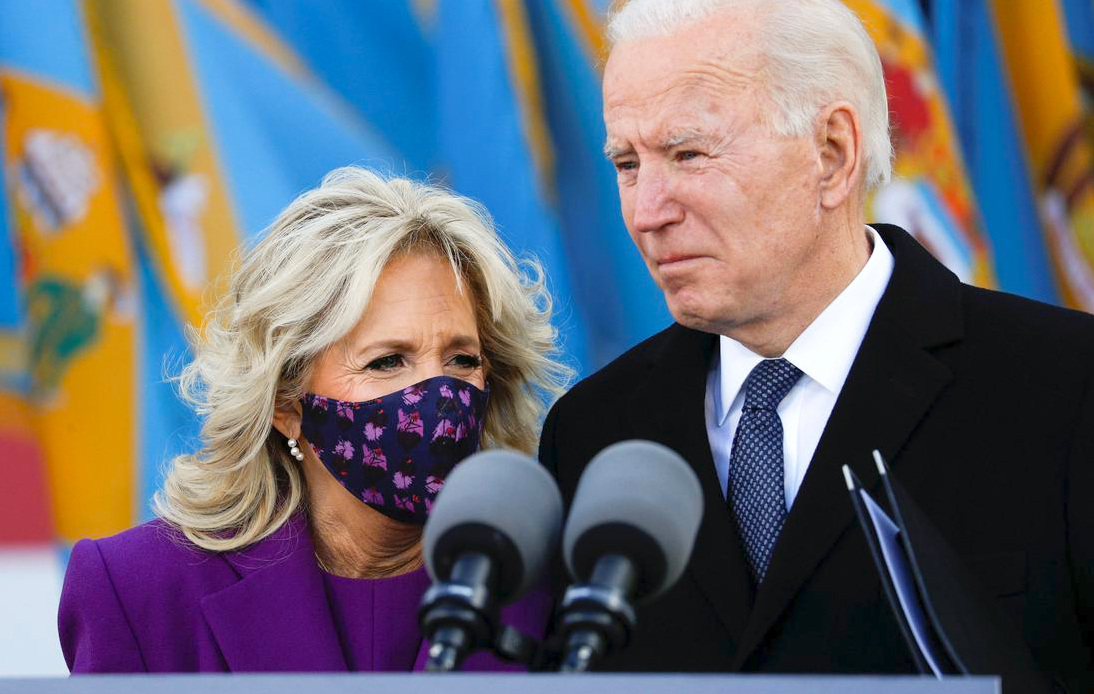 In a ceremony at the Lincoln Memorial on Tuesday night, Joe Biden paid tribute to the pandemic victims in the United States.

The president-elect declared that honoring that pain and the terrible death toll of the past year would be at the very heart of his administration. He also told the public that he shared in their grief, recalling his first wife and daughter’s loss in a car accident and the loss of his son to cancer at age 46.

“It’s hard sometimes to remember, but that’s how we heal. It’s important to do that as a nation,” he said.

Then, 400 lights were illuminated along the Reflecting Pool of the Abraham Lincoln Memorial to honor the lives lost to the coronavirus. Joe Biden and her wife, Jill Biden, along with vice-president-elect Kamala Harris and her husband Doug Emhoff, watched in silence as the lights reflected off the water.

Hundreds of people across the country joined the tribute and illuminated buildings such as the Space Needle in Seattle and the Empire State Building in New York.

Kamala Harris joined Biden at the memorial and spoke briefly about the nation’s collective anguish, saying, “For many months we have grieved by ourselves. Tonight, we grieve and begin healing together.”

“Though we may be physically separated, we, the American people, are united in spirit and my abiding hope, my abiding prayer, is that we emerge from this ordeal with a new wisdom: to cherish simple moments, to imagine new possibilities, and to open our hearts just a little bit more to one another,” Harris added.

Biden had planned to take a train to Washington before the inauguration on Wednesday. However, he changed his plans after the assault on the Capitol last week.

Instead, he decided to take a flight to a military airbase on the capital’s outskirts and then came to DC by car. Before departing for Washington, the president-elect gave a moving speech in his home state of Delaware.

“I will always be a proud son of the state of Delaware,” he said at the Delaware National Guard headquarters in New Castle County.

He also spoke of the situation facing the United States, saying: “These are dark times. But there is always light.”

Biden is set to take office today, January 20, 2021. The capital city has grown into a fortress with more than 20,000 members of the National Guard securing important streets and buildings.

The president-elect will also attend church at St. Matthews in Washington, DC, along with four top Congressional leaders and will lay a wreath at the Tomb of the Unknown Soldier joined by Barack Obama, Michelle Obama, George W. Bush, Laura Bush, Bill Clinton, and Hillary Clinton.