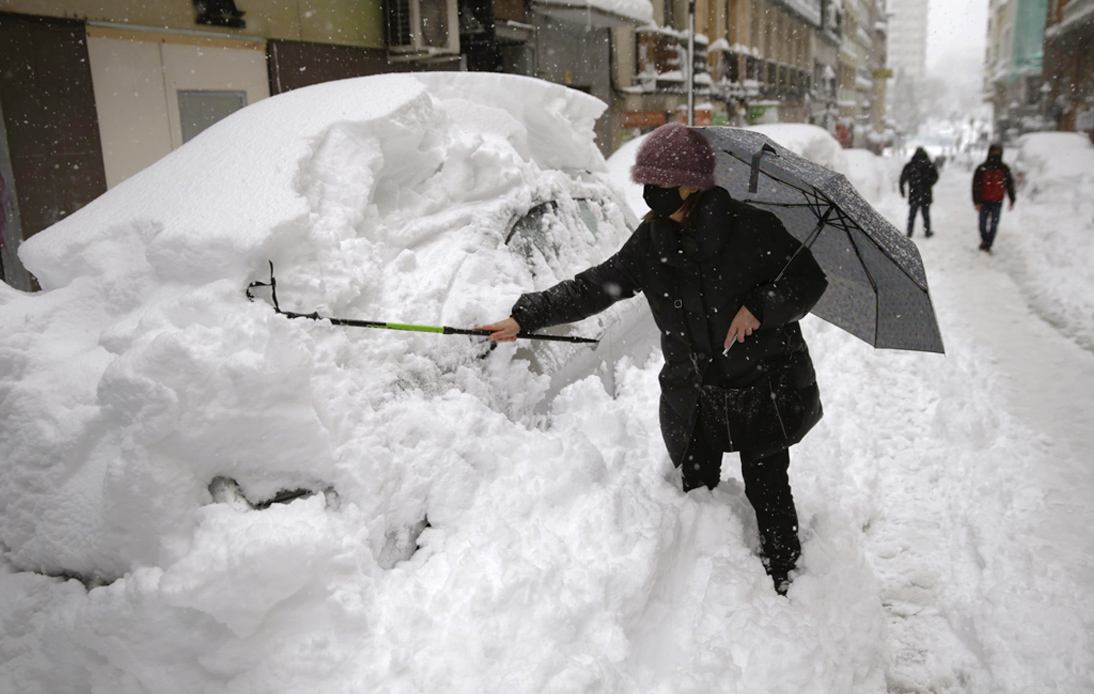 On Sunday, Madrid started working to clear the snow left by an unusual blizzard that hit the city capital during Friday and Saturday, bringing it to a standstill.

Authorities ordered Adolfo Suárez Madrid-Barajas International Airport to close on Sunday and train lines traversing the city were also required to shut down. Besides, over 150 roads were impassable.

Madrid’s mayor described the storm as the worst in the last 80 years. Moreover, authorities urged people to avoid going outside to limit the risk of falls on icy streets although the storm lost its strength while moving eastwards.

They also expect a severe drop in temperatures in the following days.

The persistent blizzard blanketed several parts of the country, covering them with an unusual 50-centimeter amount of snow not seen in more than half a century. It left thousands of people trapped in cars, train stations, and airports.

The emergency service of the Andalucia region recovered the bodies of a man and a woman. A flooded river near Fuengirola washed away their car.

The Interior Ministry also said that authorities found dead a 54-year-old man under a big pile of snow in Madrid.

Moreover, the local police department of Zaragoza reported that a homeless man passed away after suffering from hypothermia in the northern city.

More than half of Spain’s provinces were still under severe weather alerts on Saturday evening due to storm Filomena.

Of that group, seven remained at the highest level of warning.

Furthermore, the authorities of Madrid activated a red alert for the first time since said system was adopted around forty years ago. They also asked the military to rescue people from vehicles trapped in roads and major thoroughfares.

Besides, Transport Minister Jose Luis Abalos warned the population that “snow is going to turn into ice and we will enter a situation perhaps more dangerous than what we have at the moment.”

“The storm has exceeded the most pessimistic forecasts we had,” Abalos added.