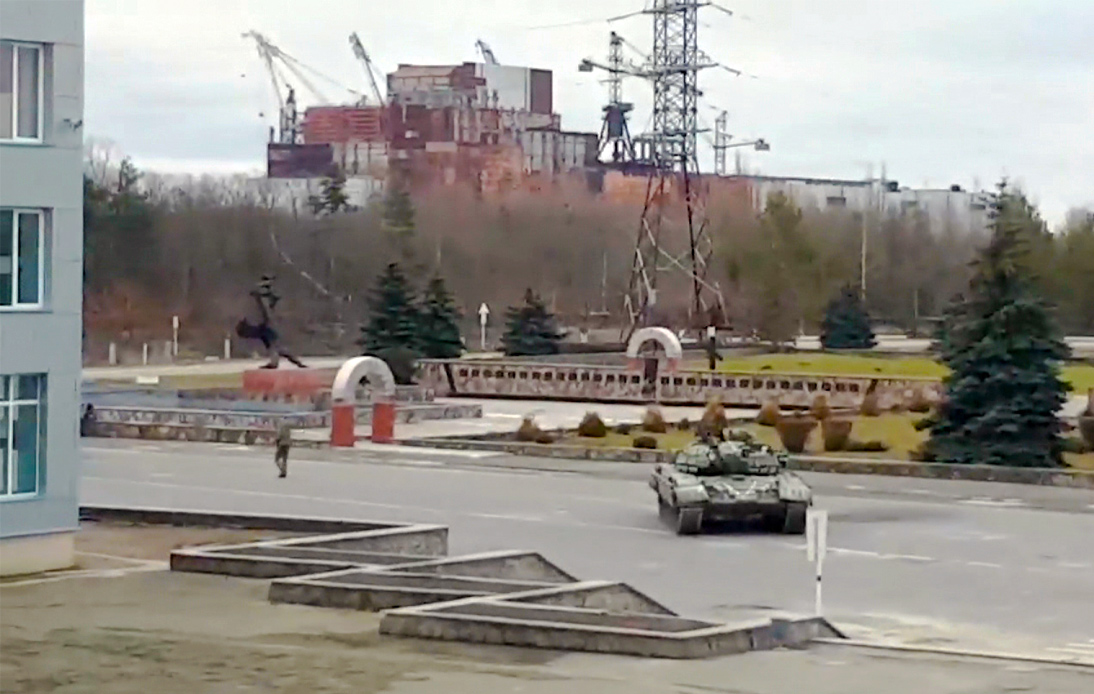 Russian military have taken control of the Chernobyl nuclear power facility, according to Mykhailo Podolyak, a Ukrainian presidential advisor.

“It’s preposterous to suggest the Chernobyl nuclear power plant is safe after a Russian strike that was completely meaningless,” he stated.

“This is one of Europe’s most severe threats today,” added Podolyak.

Earlier, an advisor to Ukraine’s interior minister warned if any strikes from the invaders damage the nuclear waste collectors, then “nuclear dust can be spread over the territory of Ukraine, Belarus and the country of the EU”.

The Ukrainian Foreign Ministry echoed Zelenskyy’s warning, tweeting that a Russian attack on Ukraine could “cause another ecological disaster.”

On Thursday, Russian soldiers grabbed control of the power plant as Ukrainian forces fought them on three sides after Moscow launched a land, sea, and air assault in the largest attack on a European state since World War Two.

According to a Russian security source, several Russian troops gathered in the Chernobyl “exclusion zone” before entering into Ukraine early Thursday.

According to the same source, Russia intends to control the Chernobyl nuclear plant in order to tell NATO not to intervene militarily.

After a bungled safety test at the atomic plant’s fourth reactor, the Chernobyl tragedy in then-Soviet Ukraine spread clouds of radioactive material throughout much of Europe in 1986.

It became a tourist attraction decades later. The Chernobyl zone was closed to visitors about a week before the Russian invasion.

“Our defenders are risking their lives so that the tragedy of 1986 does not happen again,” Ukrainian President Volodymyr Zelenskiy tweeted soon before the power facility was taken over.

“This is a declaration of war on Europe as a whole.”

From the north and east, troops have poured through the border with Russia and Belarus, landing on the coastlines of the Black Sea in the southwest and the Azov Sea in the southeast.

The UK Ministry of Defence reported that both sides had suffered substantial losses, but warned that precise figures remain unknown.

As Russian forces marched throughout Ukraine, Zelenskyy warned that the country was hearing the sound of a new iron curtain dropping.

The invasion has been extensively denounced across the globe, with the United Kingdom, the United States, the European Union, and NATO all threatening harsh penalties in reaction to the launch of the invasion.