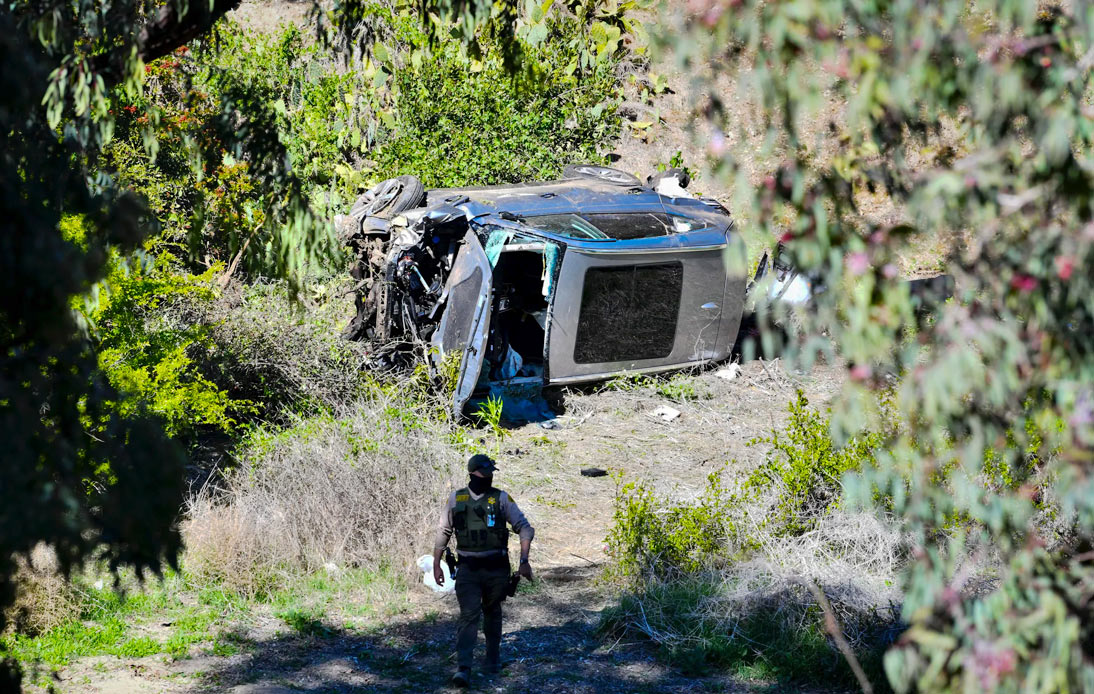 American golfer Tiger Woods, a former world number one, suffered a severe car accident in Los Angeles on Tuesday that caused “multiple injuries to his legs.”

According to reports from authorities, Woods was trapped but conscious in the car.

They said they found the 45-year-old man upon arriving at the scene of his one-vehicle rollover crash on a stretch of California road known for being prone to crashes and accidents due to speeding.

Woods was reportedly driving shortly after 7:00 A.M when his SUV landed on its side off the roadway in the brush after hitting a curb and a tree.

It would be the third car accident suffered by the athlete.

A Los Angeles County sheriff’s deputy was the first to arrive at the scene and claimed to have found Woods still in the driver’s seat, with his seatbelt on. He said that the golfer could tell that his name was Tiger.

Los Angeles County Fire Marshal Daryl Osby later said that Mr. Woods was alert and oriented and that he had tried to self-extricate but was stuck.

Firefighters managed to free the golfer using a crowbar and an ax. Osby explained that they broke the windshield with an ax and used the bar to lift the seats and the metal around Mr. Woods’s legs.

Rescue personnel then put a neck collar on Mr. Woods, splinted his legs, and used a board to carry the athlete to the ambulance.

Osby also said Woods was taken to the hospital in serious but stable condition with injuries to both legs, where he immediately went to the operating room for surgery.

His agent, Mark Steinberg, told Golf Digest that the golfer was in surgery with multiple injuries.

By the time Woods’ SUV crossed a median to the point where it landed, it was several hundred meters away, which indicates the golfer was going relatively faster than usual, he said.

However, he stated that no evidence was found that Mr. Woods was impaired.

Authorities will investigate if Woods exceeded the speed limit in the area or if there were traces of drugs, narcotics, or alcohol in his body.