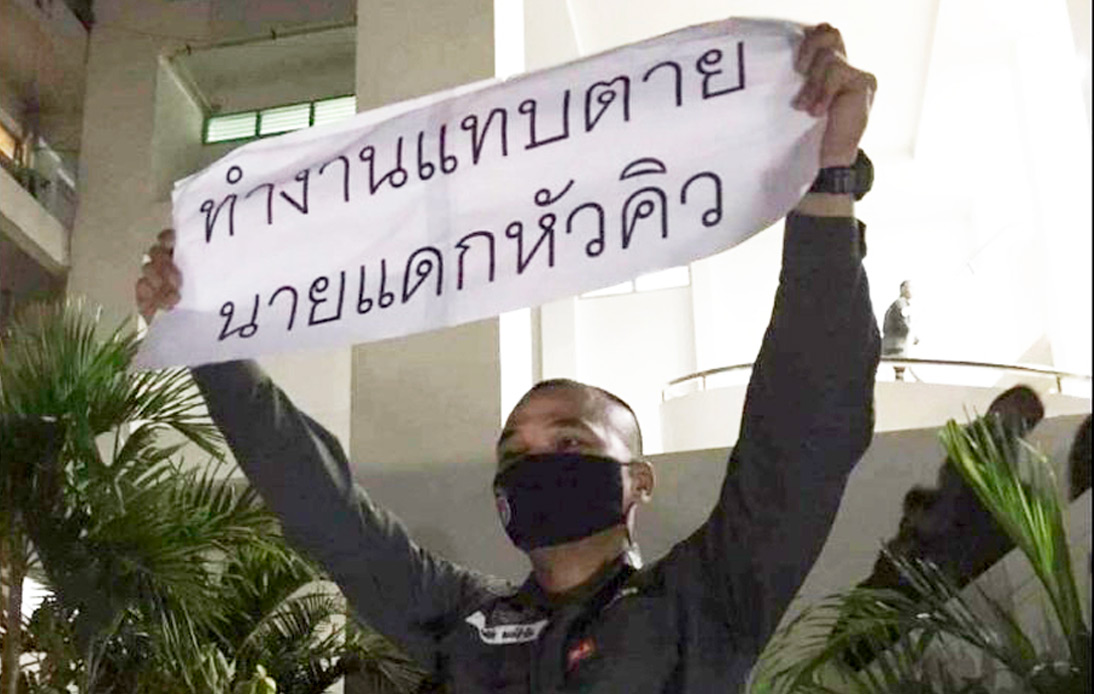 A low-ranking Border Patrol police officer publicly explained how he appeared in a photo that went viral on social media.

In the photograph, the man holds a banner that read: “We work like a horse, but the bosses take some of the money”, accusing his superiors of not passing on the full payments owed for overtime hours worked during the lockdown by the COVID-19 pandemic.

The photo was taken on Monday night, and Internet users shared it hundreds of times in no time.

Pol Cpl Wutthichai Hongsamrong, from the BPP Second Command based in Surin province, was the one who held up the banner.

He showed it when his unit returned to the accommodation provided for the night after being assigned to guard the German embassy on Monday.

Both royalists and anti-government protesters targeted the German embassy that day.

The banner and its controversial message coincided with complaints from low-ranking police across the country.

Officials say they did not receive in full the promised payments for the additional duties and overtime assigned to them during the coronavirus lockdown.

Furthermore, they alleged that their bosses diverted the deductions from the money owed to them.

It was agreed that each police officer would receive 60 baht per hour for working overtime, up to a maximum of 420 baht per day for seven hours. 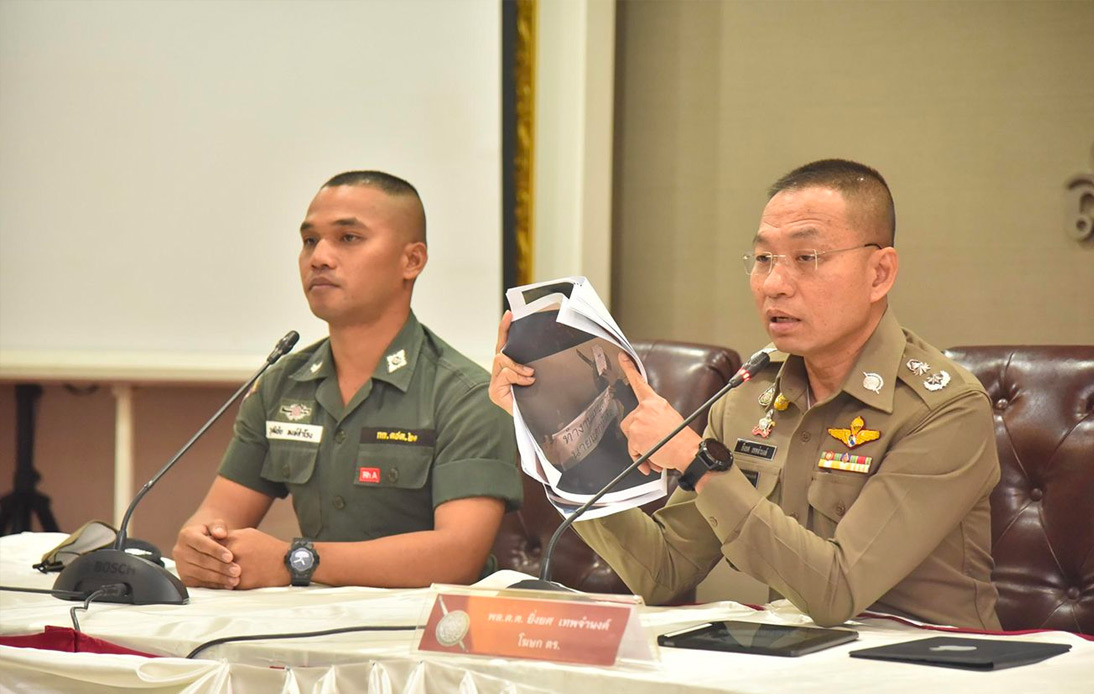 For that reason, the Royal Thai Police Office is investigating complaints that were made in a dozen provinces, including Nonthaburi, Saraburi, and Phuket.

The chastened police NCO claimed that he had no intention of protesting or causing harm to the police force over the matter. Besides, he alleged that he did not intentionally display the message.

“I was taking the banner to dump it in a trash can when a friend of mine who had not seen it asked me to show it to him. So I held it up for him before I threw it in the bin,” he added.

He also denied having been punished for it, but he indicated that he was ordered to write a report to his commander.

However, the police spokesman said the issue was not over as he believed there were attempts to bring the matter up into the public spotlight. Posters with similar messages were found on all buses that transported police to and from the embassy on Monday.

Pol Cpl Wutthichai apologized and promised not to do anything similar again.

He said: “I would like to apologize to all commanders and my unit for doing something that could damage the police force.”

“Next time I will throw it away, right away,” he added.

There are no explanations yet on how the photo was taken and posted on Twitter.