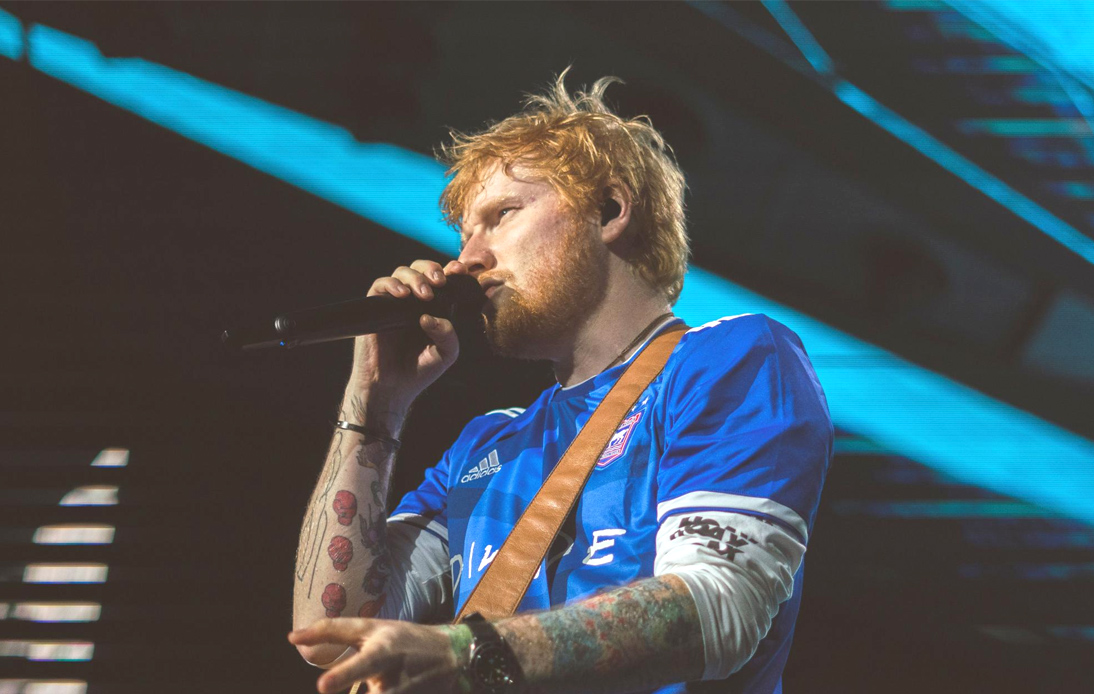 Ed Sheeran has agreed to a deal naming him the new Ipswich Town Football Club shirt sponsor for the upcoming season.

The singer, who resides in Suffolk and has described himself as a fan of the League One Club, signed a one-year contract to sponsor the shirts of the men’s and women’s first-teams during 2021/22 season. It was confirmed that the logo on the front of the shirts would include math symbols and the word “tour.”

Sheeran’s first three album titles are +, x, and ÷, and the t-shirts will also feature a minus and equals symbol.

“The Football Club is a big part of the local community and this is my way of showing my support. I have always enjoyed my trips to Portman Road and I’m looking forward to going back there as soon as supporters are allowed into stadiums again,” Sheeran said.

“With the new owners from the US coming in, there are sure to be exciting times ahead for Ipswich fans, including myself,” he added.

When asked about the logo’s meaning, the singer-songwriter answered: “All will be revealed in time.” The musician has revealed that he has a longstanding affinity with Ipswich and Suffolk.

The club’s sales director, Rosie Richardson, said: “We are obviously thrilled that Ed has agreed to become our shirt sponsor next season.”

“I have worked with Ed and his management team on various initiatives over the years and welcomed Ed and his guests from him to Portman Road for many games. He has shown his support for his for his hometown in lots of ways, and this is another example of that,” she added.

“We look forward to seeing Ed – and every other supporter – back at Portman Road next season,” she went on.

In 2019, Ed Sheeran ended his Shape of You star’s record-breaking Divide tour in his hometown with a concert to 160,000 people over four nights at Chantry Park. It included a special Ipswich Town T-shirt sold to commemorate the event.

Besides, the star made a significant donation to a children’s ward at Ipswich Hospital last year.

The club signed an earlier deal with Magical Vegas, but it caused some Town fans to react angrily, rejecting the deal with a betting firm. In 2020, it was announced that Magical Vegas would no longer appear on the club shirts as the company had donated its sponsorship to the Carers Trust charity.