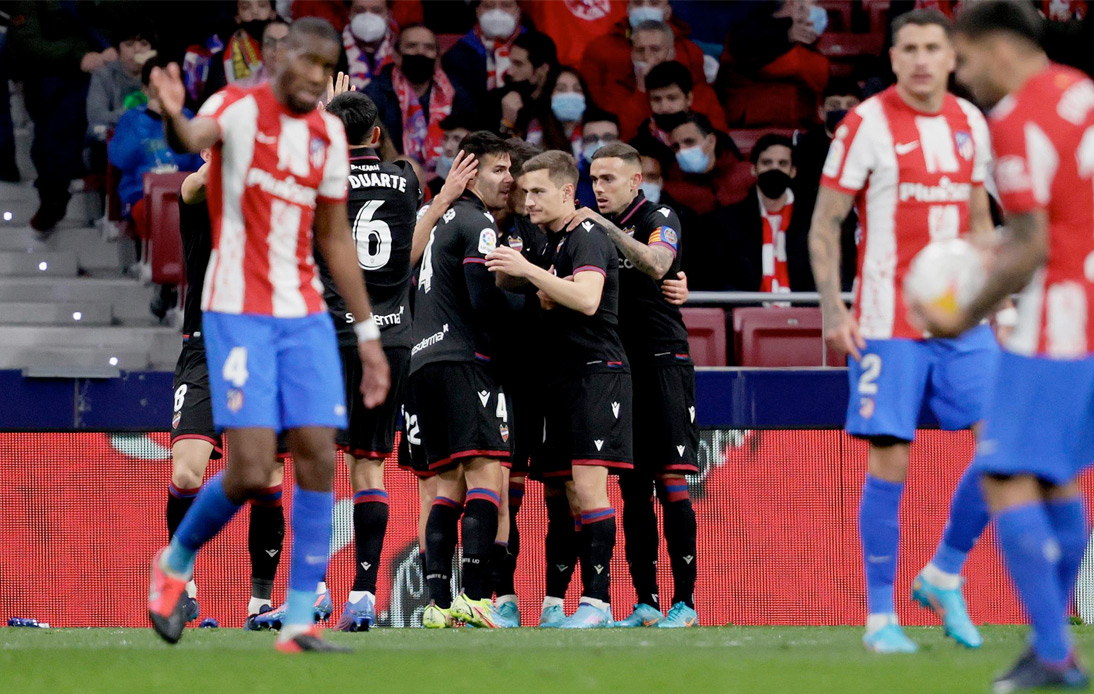 On Wednesday, Atlético Madrid’s terrible run of late continued as the La Liga champions suffered a shock defeat at the hands of bottom-placed team Levante.

In the 54th minute of the second half, Gonzalo Melero scored the game’s only goal, driving home a powerful strike from the centre of the box to send the away fans into raptures.

Angel Correa believed he had levelled the score with a spectacular overhead kick in stoppage time, but the referee decided there had been a foul and chalked off the goal.

Mickael Malsa then came close to adding a second goal for Levante with an amazing effort, but his exquisite drive from the halfway line struck the crossbar with great force.

The final moments of the match saw Atlético goalkeeper Jan Oblak head a set-piece wide of the post, adding to the tension at the Wanda Metropolitano Stadium in Madrid.

Atlético’s sixth defeat in ten league games sees them lie in fifth place in the Spanish league table, a whopping 15 points behind their city rivals Real Madrid, who are four points ahead of second placed Sevilla.

The team managed by former Argentina midfielder Diego Simeone will now be aiming for a win against Osasuna on Saturday to boost their morale leading up to a crucial Champions League encounter next week.

Atlético will take on Manchester United in Madrid on Wednesday in their Champions League last-16 first-leg clash, as they battle to reach the final at the Gazprom Arena, Saint Petersburg, Russia on May 28th.