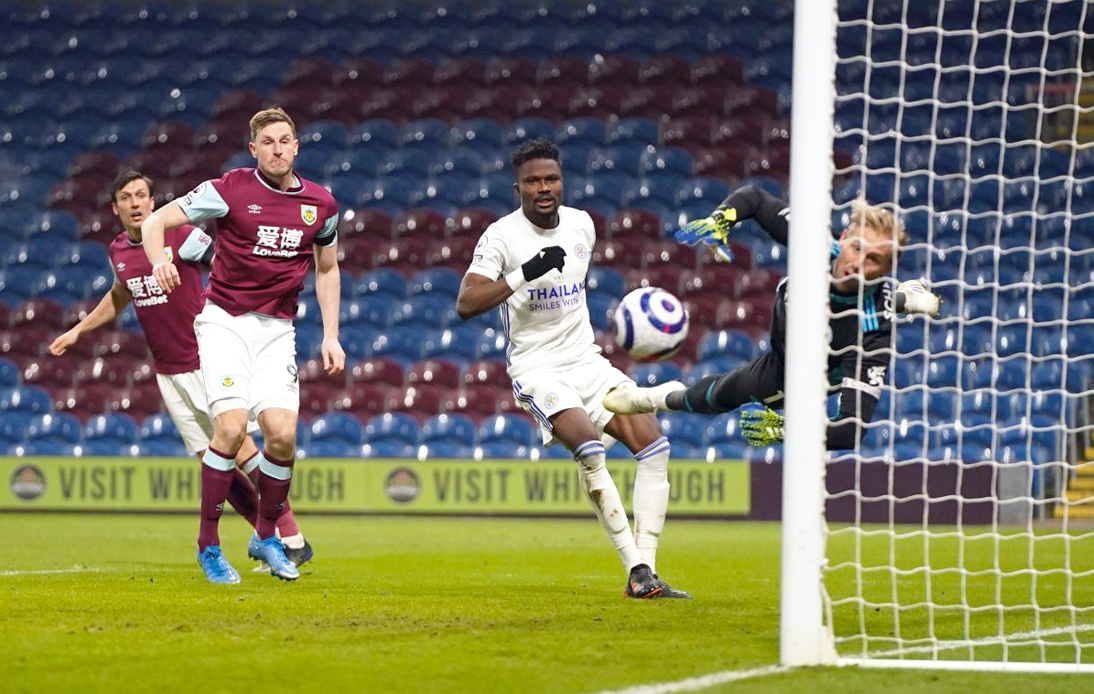 Leicester City are going through a difficult time: on Wednesday, they drew 1-1 against Burnley at Turf Moor and have now gone three games without a win in all competitions.

They had already lost their last two games against Slavia Prague (0-2 in the Europa League) and Arsenal (1-3 in the Premier League).

Things got off to a bad start for the visitors. In the fourth minute, Matej Vydra took advantage of a lousy back pass from Hamza Choudhury, dribbled past Wilfred Ndidi and fired a powerful shot past goalkeeper Kasper Schmeichel for Burnley’s first goal.

However, Leicester would respond. In the 34th minute, Ndidi played a lobbed through ball to Kelechi Iheanacho who volleyed an exquisite finish past goalkeeper Nick Pope for the Foxes’ equaliser.

Dwight McNeil sent a pinpoint cross into the box and James Tarkowski, with a header, almost scored the second goal for the home side, but Schmeichel made a brilliant save.

Leicester also deserved another goal and almost got it through a powerful strike from Youri Tielemans, but Pope made a great save.

With this result, Leicester are third in the Premier League with 50 points after 27 games.

In other results, bottom side Sheffield United beat Aston Villa 1-0 at home, while Manchester United drew 0-0 away to Crystal Palace.