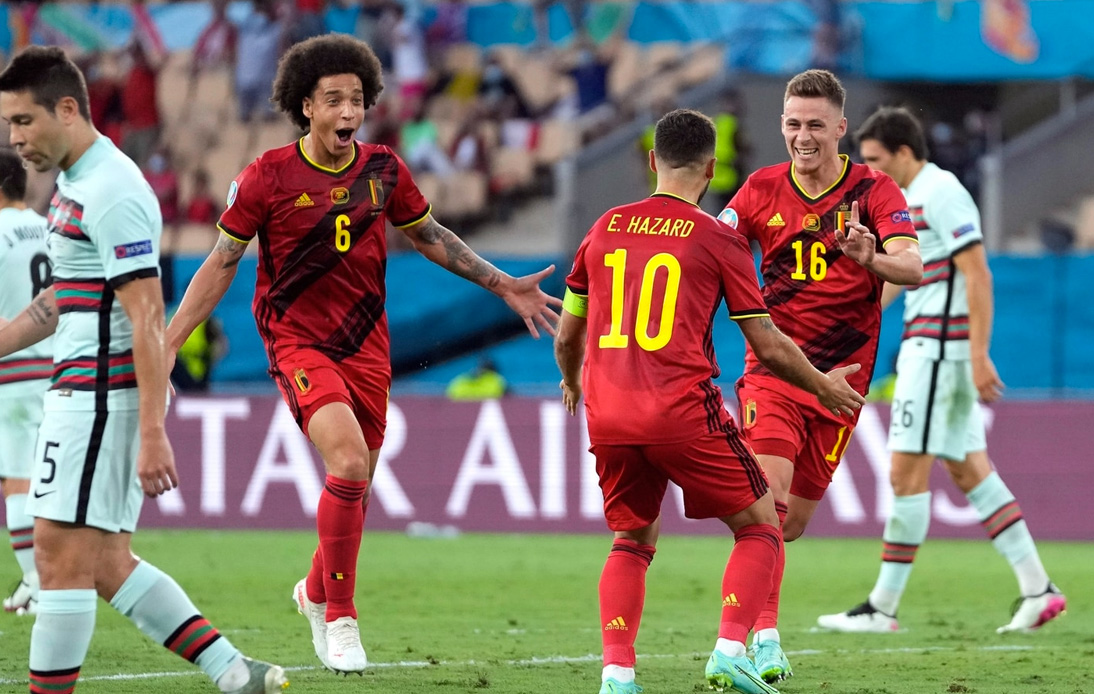 On Sunday, Belgium defeated Portugal 1-0 at the La Cartuja stadium (located in Seville, Spain). The team coached by Roberto Martinez had to sweat it out against an opponent team that gave everything until the end and deserved to score at least one goal.

In fact, Portugal were a much more attacking team than expected, they generated more chances and had more shots on goal.

Cristiano Ronaldo tried to surprise Thibaut Courtois with a free kick, but the Real Madrid goalkeeper’s feline reflexes prevented the ball from ending up in the back of the net.

However, in the 42nd minute, Thomas Meunier played the ball to Thorgan Hazard who unleashed a powerful and surprising shot from outside the box that beat goalkeeper Rui Patricio.

Ruben Dias came close to equalising with an accurate header from a corner, but Courtois had other plans.

A rare shot from Raphael Guerreiro almost put Belgium in trouble, but the ball hit the right-hand post. Portugal tried in every possible way, but it was not enough.

The Belgians will thus face Italy in the quarter-finals at the Allianz Arena.

In the other match of the day, the Czech Republic pulled off a surprise 2-0 win over the Netherlands at the Puskas Arena, meaning they will be Denmark’s opponents in the quarter-finals.