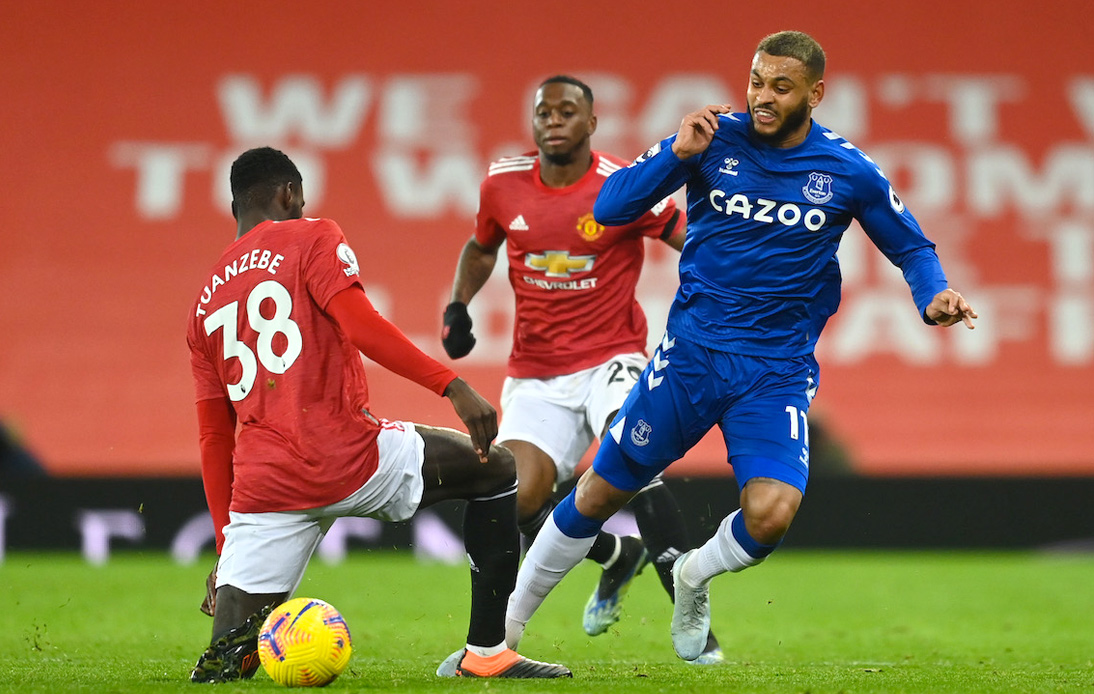 In the 24th minute, Marcus Rashford sent a precise cross into the box and Edinson Cavani, with a lethal header, scored the first goal for the home team.

In the 45th minute, Wan-Bissaka delivered a pass to Bruno Fernandes, the Portuguese shot from outside the box and scored a spectacular goal to increase the Red Devils’ lead.

In the second half, Everton were much improved. In the 49th minute, Doucoure took advantage of a rebound by De Gea after a Calvert-Lewin shot and scored the first goal for the Toffees.

That goal was a bitter pill to swallow for the home team. Just three minutes later Doucoure assisted Colombia’s James Rodriguez, who after exquisite control was able to hit a powerful shot into the back of the net.

However, in the 70th minute, Luke Shaw took a free kick and sent in an amazing cross for Scott McTominay to head home the third goal for the Red Devils.

But in the final play of the game, Lucas Digne took a free kick and Michael Keane headed the ball to Calvert-Lewin for the striker to score an epic equaliser.