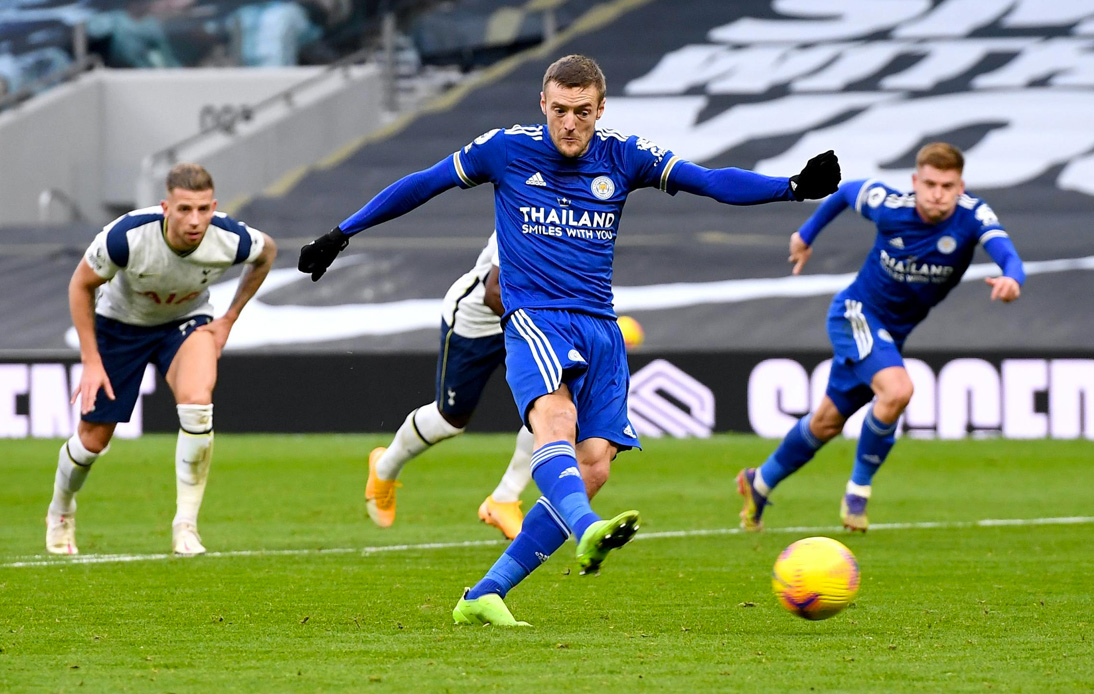 Sensational Leicester City struck an authoritative blow and beat Tottenham 2-0 away in a new Premier League game. The match was very even, but the luck was in favour of the Foxes.

In the 34th minute, Harry Kane took a free kick, but his powerful shot was saved by goalkeeper Kasper Schmeichel.

In the 41st minute, the Spurs star had another chance to score, but his header went over the crossbar.

In added time of the first half, Serge Aurier committed a naive foul on Fofana inside the box. Initially, referee Craig Pawson did not see it, but his VAR assistants informed him about it.

He awarded a penalty for the visiting team and Jamie Vardy took it. The striker showed no mercy and scored the first goal for his team.

In the second half, Jose Mourinho brought in Gareth Bale to try and tie the game, but it didn’t work.

In the 59th minute, Leicester secured the victory. A Vardy header deflected off Toby Alderweireld’s body and into the back of the net. An unfortunate own goal made the score 0-2.

With this important victory, Leicester reached 27 points and occupies second place in the standings, only four points separating them from leader Liverpool. Tottenham dropped to fifth position and remains stuck at 25 points.