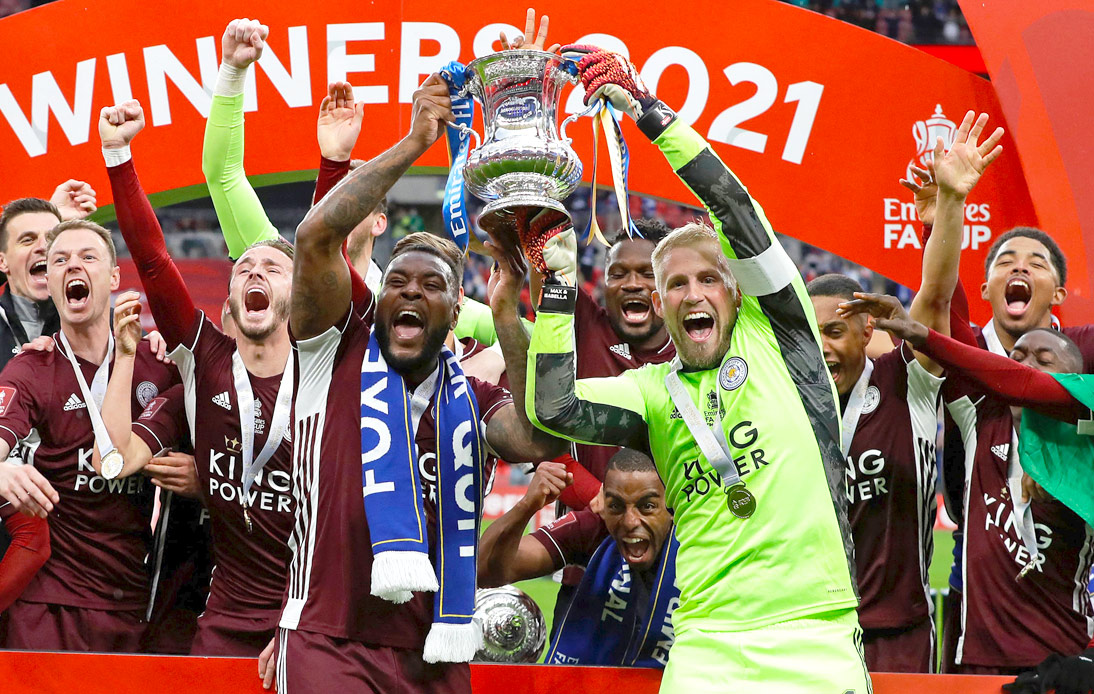 On Saturday, Leicester City achieved the feat and beat Chelsea 1-0 in the FA Cup final. In an even match, Brendan Rodgers’ men made the most of their chances and managed to lift the trophy for the first time in their history.

The context of the match was special, as the lifting of Covid-19 restrictions in the UK allowed 21,000 fans to come to the stadium.

In the first half, the Foxes had two chances to score through Soyuncu, but both of the Turk’s headers went wide. Chelsea responded with shots by Werner and Mount, both of which went wide.

In the 63rd minute, Tielemans took a powerful shot from just outside the box and surprised everyone with a spectacular strike to put Leicester ahead.

Chilwell almost scored for Chelsea with a great header, but the ball hit the left-hand post.

Mount tried to beat Schmeichel with a powerful volley, but the goalkeeper responded with an epic save.

In the 90th minute, Silva sent a long ball into the box and, in a confusing play with several bounces, Chilwell scored the equaliser. However, the VAR disallowed it for offside by the left-back.

In this way, Leicester broke the curse and won their first FA Cup tile after losing four finals (the last one in 1969).