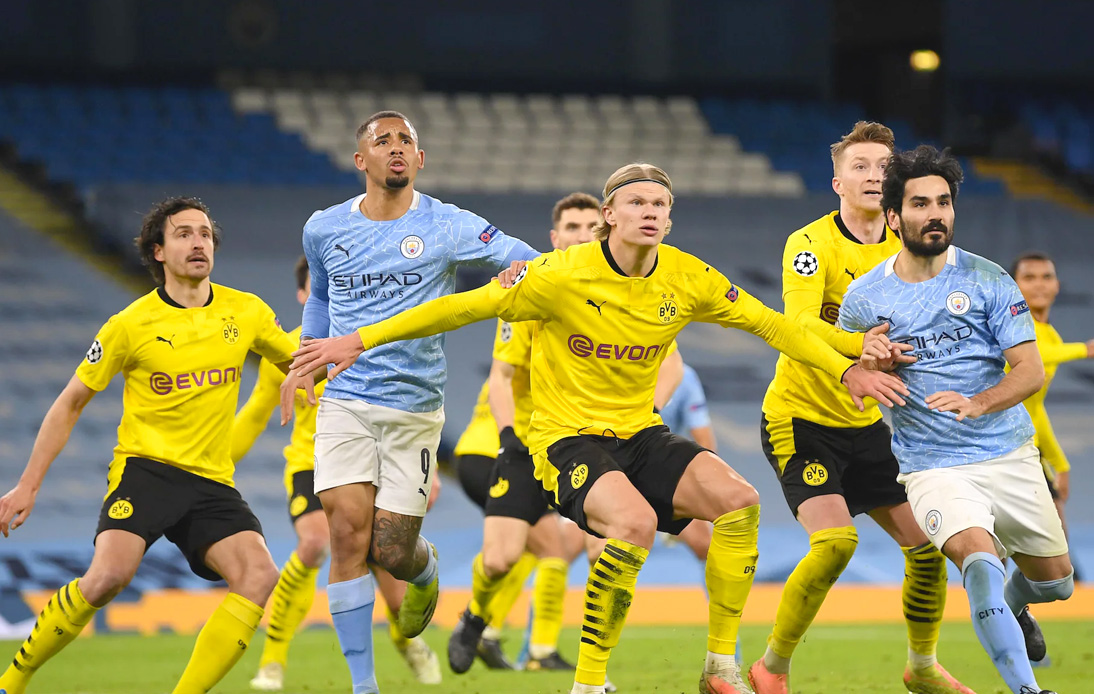 Manchester City defeated Borussia Dortmund 2-1 away on Wednesday to qualify for the semi-finals of the UEFA Champions League 2020/2021. Although Pep Guardiola’s men were given a scare after starting the match trailing, they came from behind to win the tie 4-2 on aggregate.

However, things were very difficult for the Citizens in the first half. In the 15th minute, Jude Bellingham picked up a rebound and with a precise shot scored a spectacular goal that, at that moment, meant qualification for the German team.

At that point, memories of the embarrassing exit against Lyon at the same stage last year came flooding back. However, in the second half the English team took to the field determined not to let history repeat itself.

In the 55th minute, referee Carlos del Cerro awarded a penalty for the Citizens after a naive handball by Emre Can inside the box. Riyad Mahrez did not hesitate and scored the equalizer for the visitors.

In the 75th minute, Bernardo Silva took a free kick, but instead of sending in a cross he decided to deliver a pass to Phil Foden, who fired in a powerful shot to score his side’s second goal.

In the other match of the day, Real Madrid drew 0-0 with Liverpool and also advanced to the semi-finals.