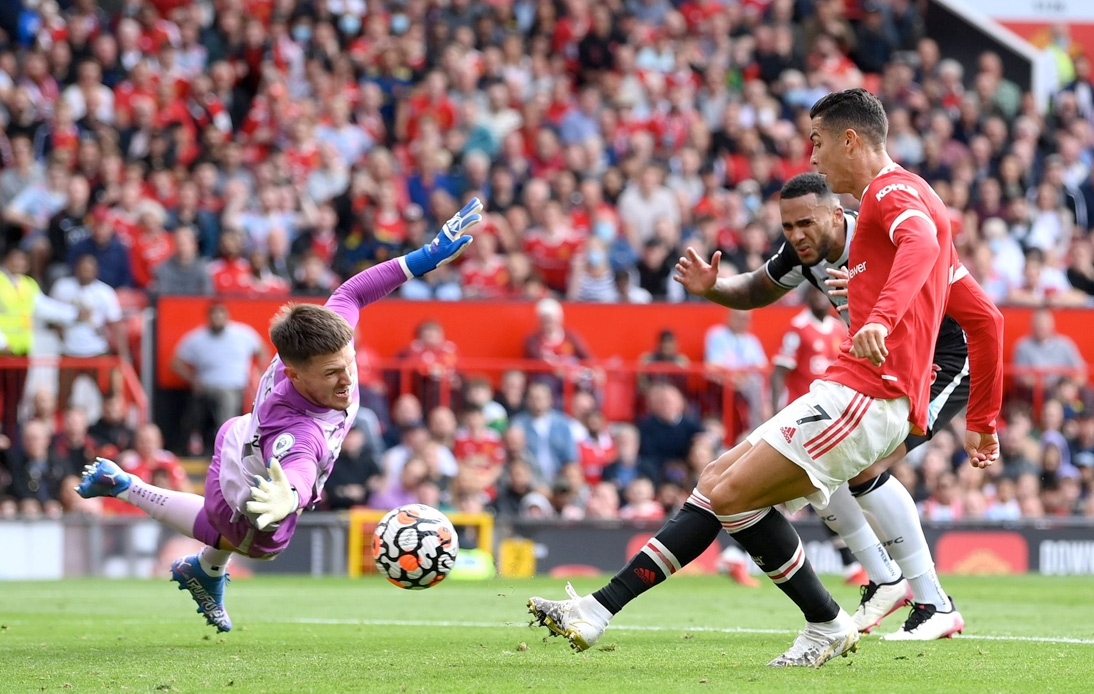 Cristiano Ronaldo made a headline-grabbing second debut for Manchester United on Saturday, scoring twice in United’s 4-1 win against Newcastle at Old Trafford.

The 36-year-old played his first match for the ‘Red Devils’ after he left the club in 2009 to join Real Madrid for a then-record transfer fee of £80 million.

Ronaldo scored the first goal for United in stoppage time of the first half. Newcastle goalkeeper Freddie Woodman failed to stop Mason Greenwood’s powerful shot, with CR7 on hand for an easy tap-in.

Following a Javier Manquillo equalizer for Newcastle in the 56th minute, Ronaldo bagged a second goal in the 62nd minute as his left-footed low strike on the edge of the box flew between Woodman’s legs into the goal.

Jesse Lingard then put the game out of Newcastle’s reach with a fourth goal in the 92nd minute.

“I didn’t expect to score two goals,” Ronaldo said after the match.

“I expected one but not two. It was an unbelievable moment.”

Ronaldo played 292 matches and scored 118 goals for United in his first stint with the club after he joined the club as an 18-year-old from Sporting Lisbon.

In the next 12 years, he became one of the greatest players who ever played the game scoring 551 goals for Real and Juventus and winning five Ballon d’Or awards.

Ronaldo started the season with Juventus and many were surprised when he moved to United on the last day of the transfer window.

Because of the international matches, United fans had to wait to see the legend back at Old Trafford but when that day finally arrived, it was spectacular. Ronaldo himself was excited about his return.

The Portuguese superstar revealed that he was “super nervous” before his highly expected debut match after his return to the ‘Theatre of Dreams’.

“It is unbelievable. When I started the game I was so nervous, I swear,” he said. “I did not expect that they would sing my name all game. The reception is incredible but I am here to win games and help the team.”

Probably the most excited person at the stadium was Ronaldo’s mother Maria Dolores who burst into tears as her son scored in his dream return.