Tottenham Hotspur Get a Bitter Draw Against Weak Fulham 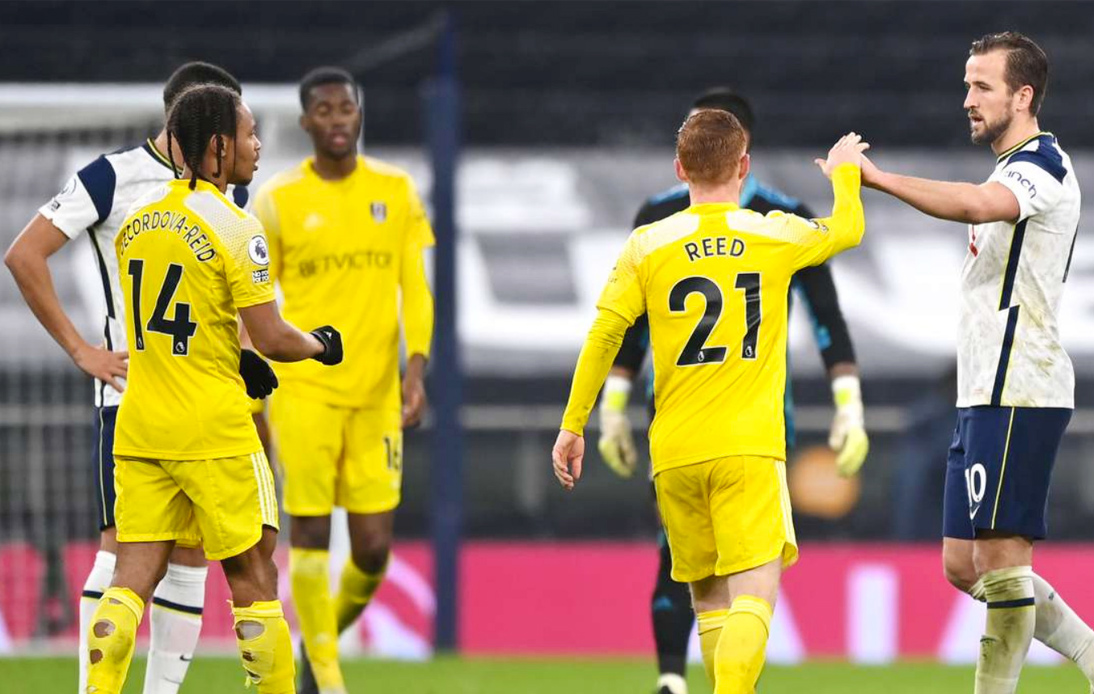 This Wednesday Tottenham Hostpur dropped points again after a 1-1 home draw with Fulham. Jose Mourinho’s men had clear chances to score throughout the match, but luck was not on their side.

Fulham, meanwhile, performed decently and earned a well-deserved point that will be valuable in their fight to avoid relegation.

At the 6th minute, Sergio Reguilon fired over the bar after a dangerous cross in from Serge Aurier.

Twelve minutes later, Aurier whipped another good cross and Areol made a brilliant save to deny Son Heung-min’s diving header.

In the 25th minute, Reguilon made a precise cross, which Harry Kane transformed (with a lethal header) into a nice goal for the Spurs.

At the 34th minute, Fulham  responded with a surging run from Kenny Tete which ended with an acrobatic effort from Ruben Loftus-Cheek.

In the 71st minute, Son hit the post after a great pass from Auriet

Only three minutes later Fulham gave the home team a spoonful of their own medicine. Ademola Lookman sent a dangerous centre into the box and a great header by Portuguese Ivan Cavaleiro was enough to beat goalkeeper Hugo Lloris.

With this result, Tottenham is sixth in the Premier League with 30 points after 17 games, while Fulham is in 18th position with 12 points.