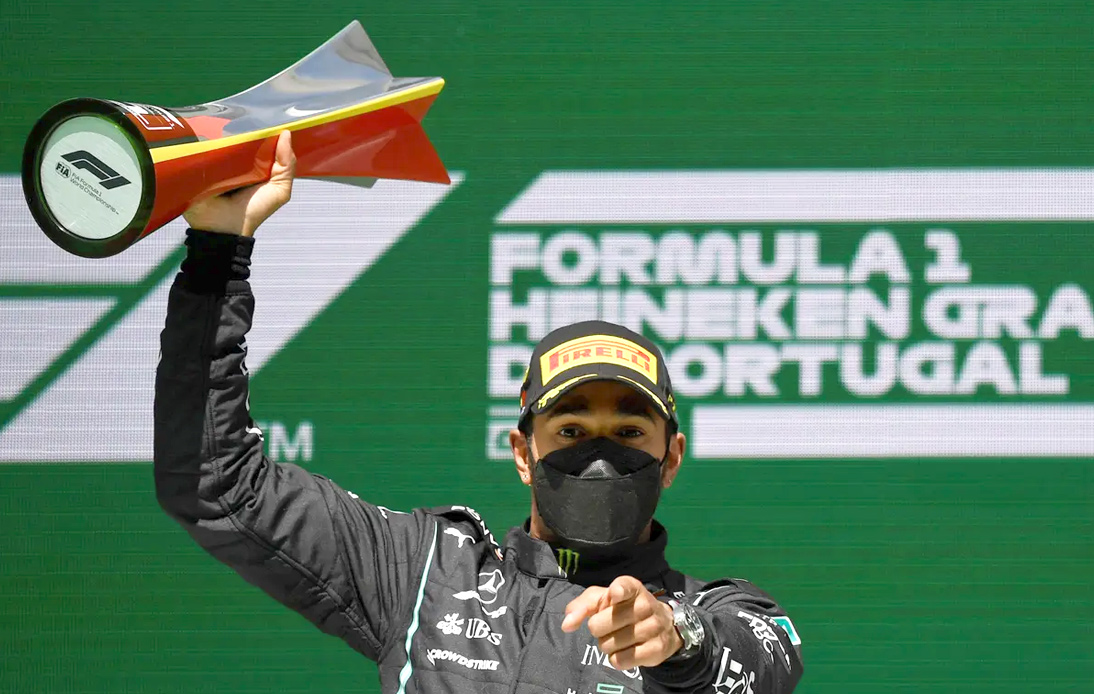 On Sunday, super champion Lewis Hamilton proved once again that he is still the master of Formula 1. The Briton overcame adversity and managed to pass both Vatteri Bottas and Max Verstappen to take a memorable victory in the Portuguese Grand Prix.

It was not an easy race for the seven-time world champion, since he dropped to third place after being overtaken by Verstappen at a restart after an early safety car.

The Red Bull driver’s joy was short-lived as he was overtaken by Hamilton four laps later.

The Stevenage-born driver was not content with that and went on an intense chase against his Mercedes team-mate, whom he also overtook to take full control of the race.

With this memorable win, Hamilton leads the championship with a narrow eight-point advantage over Verstappen.

It will matter little to the Englishman that he has lost the fastest lap point after Verstappen and Bottas pitted for fresh tyres to chase it.

On the other hand, the British driver has now reached 97 Grand Prix victories in his career. With his spectacular performance in Sunday’s race.

Hamilton makes it clear that seven Formula 1 titles are not enough for him and he wants to win an eighth title to overtake Michael Schumacher and become the greatest winner of all time.