Ricciardo Wins in Monza After Hamilton and Verstappen Crash 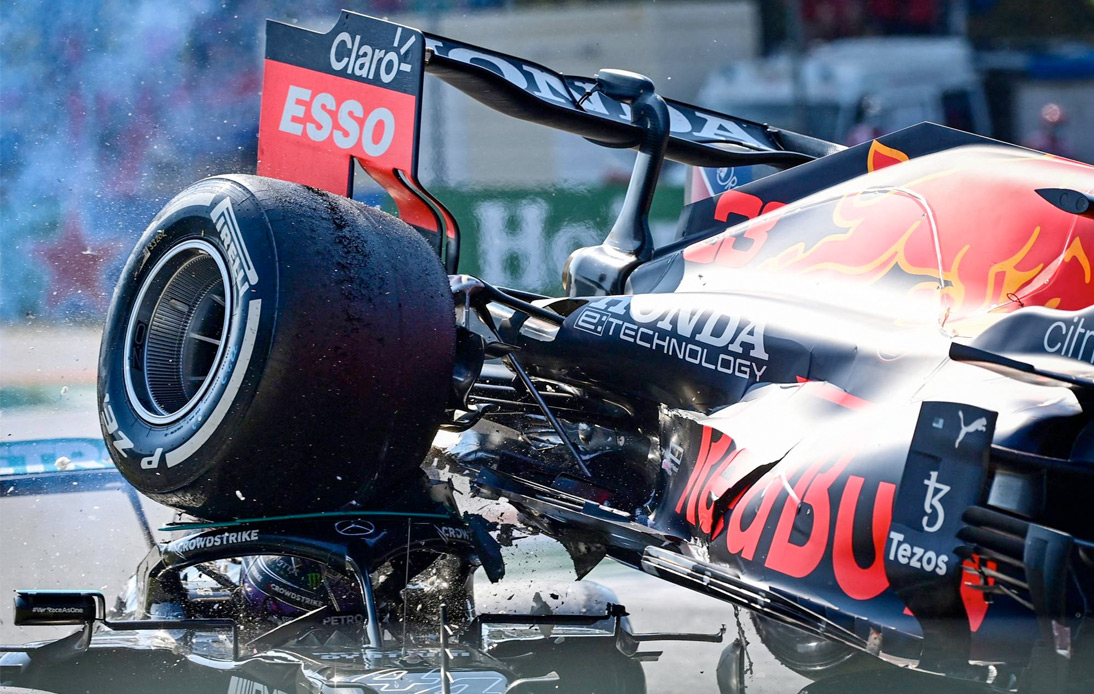 Daniel Ricciardo from McLaren won the Italian Grand Prix at the Autodromo Nazionale di Monza in a race that will be remembered by the frightening crash between title rivals Lewis Hamilton and Max Verstappen.

The crucial moment of the race happened on lap 27 when Verstappen’s car flipped up beside Hamilton as they battled for position hitting the Halo cockpit protection device that covers the driver’s head. Verstappen’s car came to a rest on top of Hamilton’s.

Luckily, both drivers escaped without injuries with Verstappen climbing out first and walking back to the Red Bull garage. Hamilton climbed out shortly afterward.

Both drivers retired meaning Verstappen remains five points ahead of the reigning champion Hamilton in the title race.

Verstappen was handed a three-place grid penalty after the race which will be taken at the Russian Grand Prix that is scheduled in two weeks’ time.

This was the seventh win and 31st podium for the Australian Ricciardo.

His teammate Lando Norris was second after a late overtake handing McLaren its first one-two since 2010 Canadian Grand Prix and their first win in almost a decade.

Despite McLaren’s historic success in Monza, the most important thing is that no driver was injured during the race.

Hamilton is aware that things might went terribly wrong saying that the ‘halo’, a curved, reinforced bar in front of the driver’s head, protected him from a more severe impact.

“I feel very fortunate today,” said the 36-year-old. “Thank God for the halo which saved me, and saved my neck.”

“I am so grateful I am still here. I feel incredibly blessed that someone was watching over me today.”

“I don’t think I’ve ever been hit on the head by a car before – and it is quite a big shock for me,” said the seven-time World champion.