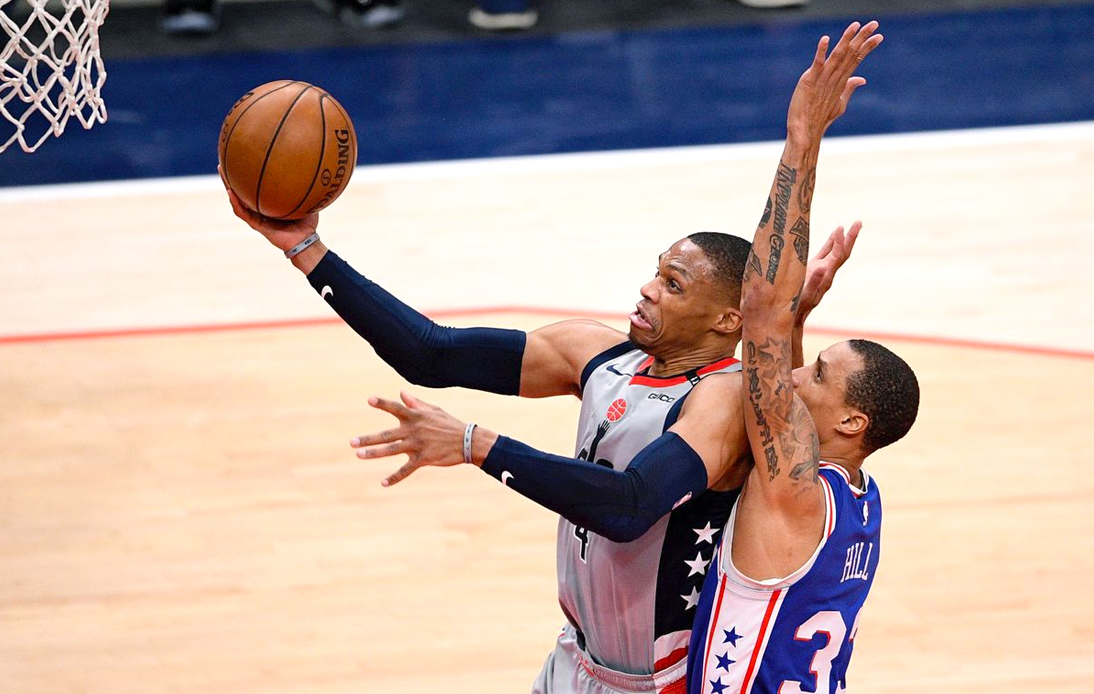 The Washington Wizards defeated the Philadelphia 76ers 122-114 at home on Monday to keep their NBA play-off hopes alive. They are now 3-1 down in the series, but are not giving up the dream of an epic comeback.

Russell Westbrook was undoubtedly the man of the game, as he scored 19 points (including a triple-double), 21 rebounds and 14 assists.

The start of the game was bittersweet for Philadelphia, as they led the first quarter 28-31, but their star player Joel Embiid had to leave the court due to a knee injury.

The Wizards maintained a steady performance throughout the game and managed to take the second quarter 32-30. Rui Hachimura was also a key player for them, contributing 20 points, two assists and 13 rebounds.

In the third quarter, Washington mopped the floor with their rivals and reached a 32-19 lead. During that quarter a fan jumped onto the court and hit the backboard while the teams were at the other end of the floor before being tackled by security.

The 76ers tried to reduce the deficit and managed to take the final quarter 30-34, Tobias Harris (21 points, five assists and 13 rebounds) was their best player.

Philadelphia will now try to end the series at home on Wednesday and advance to the semi-finals.