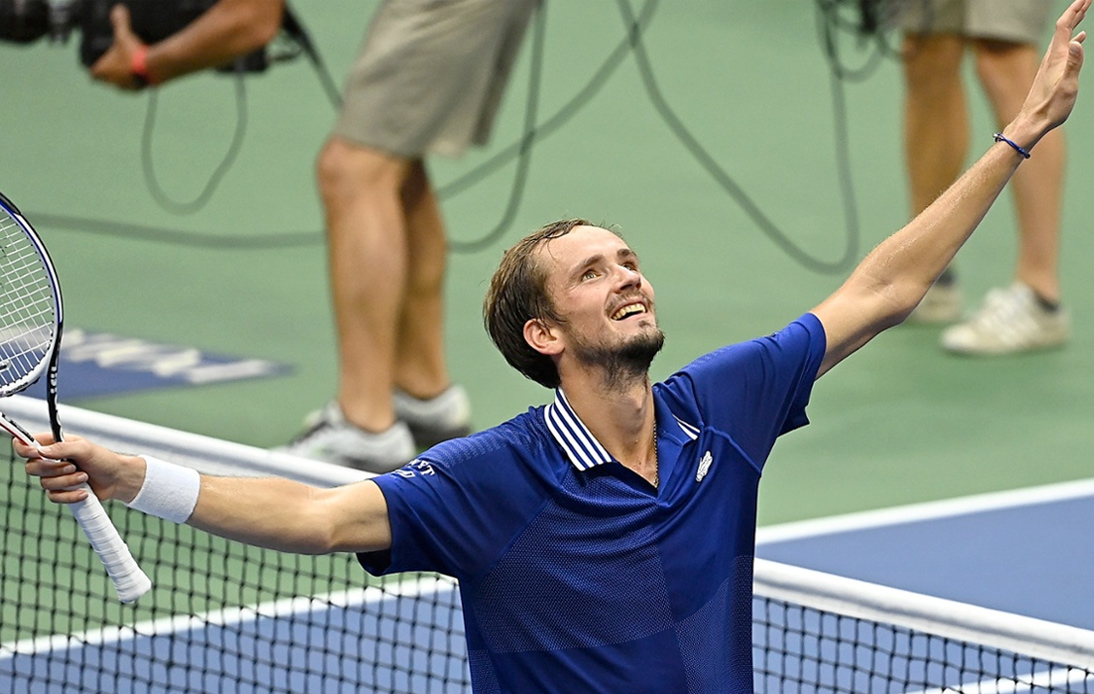 Daniil Medvedev defeated Novak Djokovic in straight sets 6-4, 6-4, 6-4 to win the men’s singles title at the US Open.

With the amazing performance the Russian won his first Grand Slam title and at the same time stopped Djokovic from winning all majors in the same year known as the calendar-year Grand Slam.

The Serb also missed the opportunity to win his 21st Grand Slam title to overtake Roger Federer and Rafael Nadal as the only player to do that.

This was the third Grand Slam final for Medvedev. He previously lost to Nadal in the 2019 US Open final and to Djokovic in this year’s Australian Open.

With this win the 25-year-old became the first player from the new generation to defeat one of ‘the big three’ in a Grand Slam final.

Medvedev broke Djokovic’s serve in the first game of the match and simply took over from there.

He played smartly and confidently, determined to finally reach the biggest achievement of his career.

Djokovic who has won three US Open titles, wasn’t on his recognizable level and often looked way short of his usual physical capabilities.

The Serb had three break points leading 1-0 in the second set but couldn’t manage to convert, allowing Medvedev to break his serve and win the second serve.

The Russian didn’t stop there as he made back-to-back breaks at the beginning of the third set.

He quickly went 5-1 up in the third being only one game away from the trophy.

The Djokovic tried his best to survive and somehow got to 5-4 but couldn’t make another break and Medvedev finished the business.

It’s worth pointing out that Medvedev came into this final a bit fresher than Djokovic, having spent 11 hours and 51 minutes on court to reach the final, compared to Djokovic’s 17 hours and 26 minutes.