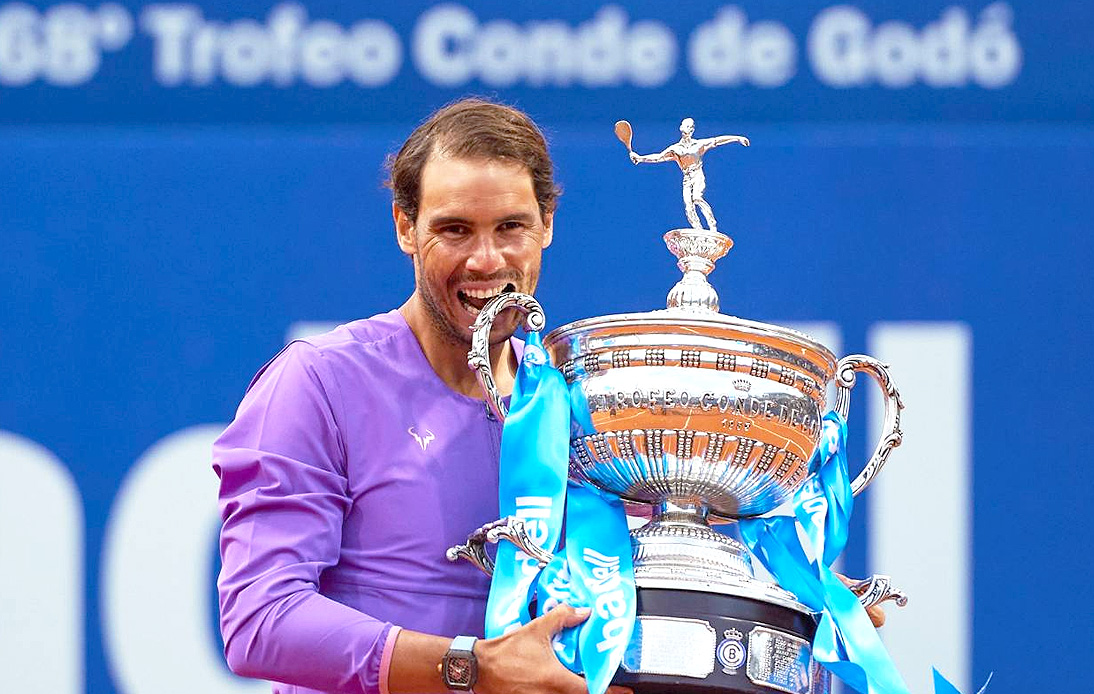 On Sunday, Rafael Nadal proved once again that he is still unbeatable on the clay surface. The Spaniard beat Greece’s Stefanos Tsitsipas 6-4 6-7 (6-8) 7-5 in the Barcelona Open grand final to win this ATP 500 title for the 12th time in his career.

The match was exciting and even. In the first set, Nadal started 4-2 down, but recovered and broke twice to take it.

World number five Tsitsipas did not give up and showed great resilience. In the second set, he saved two match points in the tenth game before levelling the match on a tie-break.

During the third set, a motivated and renewed Tsitsipas took control of the match and was ahead for a long time. In the tenth game the Greek had a match point, it was his chance for an epic comeback, but he missed it.

Nadal, on the other hand, knew how to deal with the pressure (as he has become accustomed to) and it was he who managed the comeback in a heart-stopping last set. In this way, the Manacor-born player has won another title in his long and glorious career.

“Winning the trophy here means a lot, I have been increasing my level and this was a very important victory for me,” said the world number three.