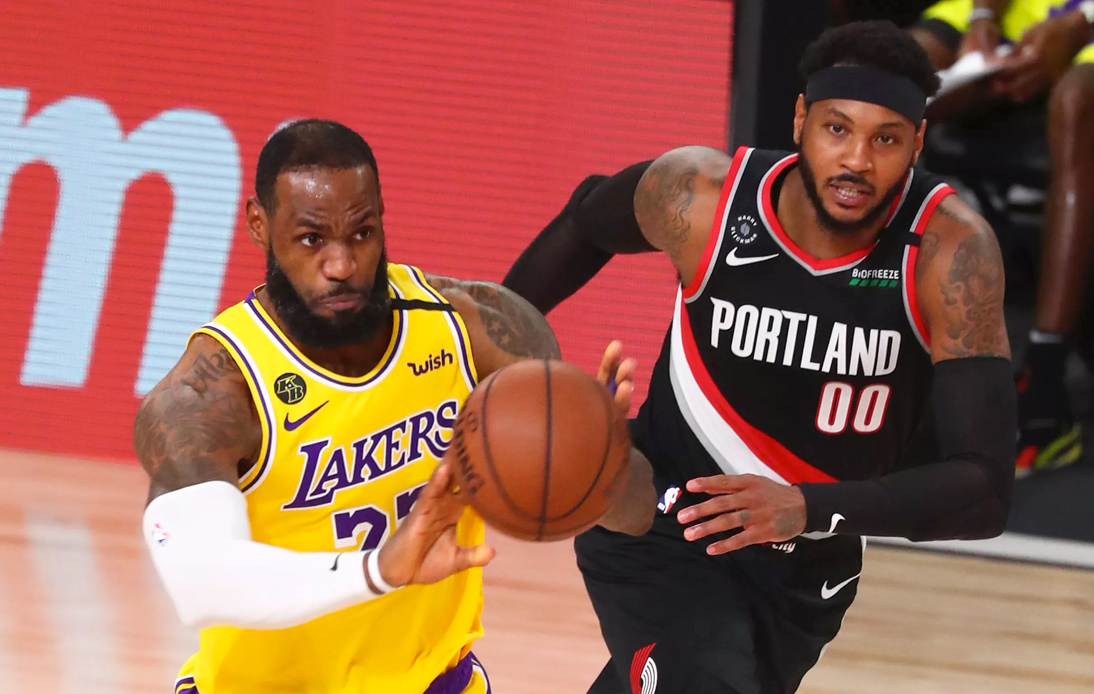 The Los Angeles Lakers have suffered their second loss of the season after losing 107-115 to the Portland Trail Blazers at the Straples Center.

Led by a brilliant Damian Lillard (who scored 31 points) the visiting team took advantage of the tiredness of their rivals, who had played three games in four days and had beaten the Timberwolves the day before.

For this match the purple and gold had the return of their star Anthony Davis, but he could do nothing to change the fate of the game. The Chicago-born performed discreetly (13 points and 10 rebounds) and that was inconvenient for the defending champions.

Superstar LeBron James was the most prominent player of the Lakers (scoring 29 points, 9 rebounds and 6 assists), Dennis Schroder also stood out (scoring 24 points, 4 rebounds and 4 assists).

The match was very even until the final minutes. The first quarter was won by Lakers, but in the second quarter Portland crushed their opponents.

In addition to Lillard, Gary Trent (28 points and 7 triples) and CJ McCollum (20 and 11 assists) played an important role in Portland’s victory.

After the end of an intense third quarter, the score was 85-84, everything was possible, but an incendiary Trent and an unstoppable Lillard sealed the victory for the Blazers.