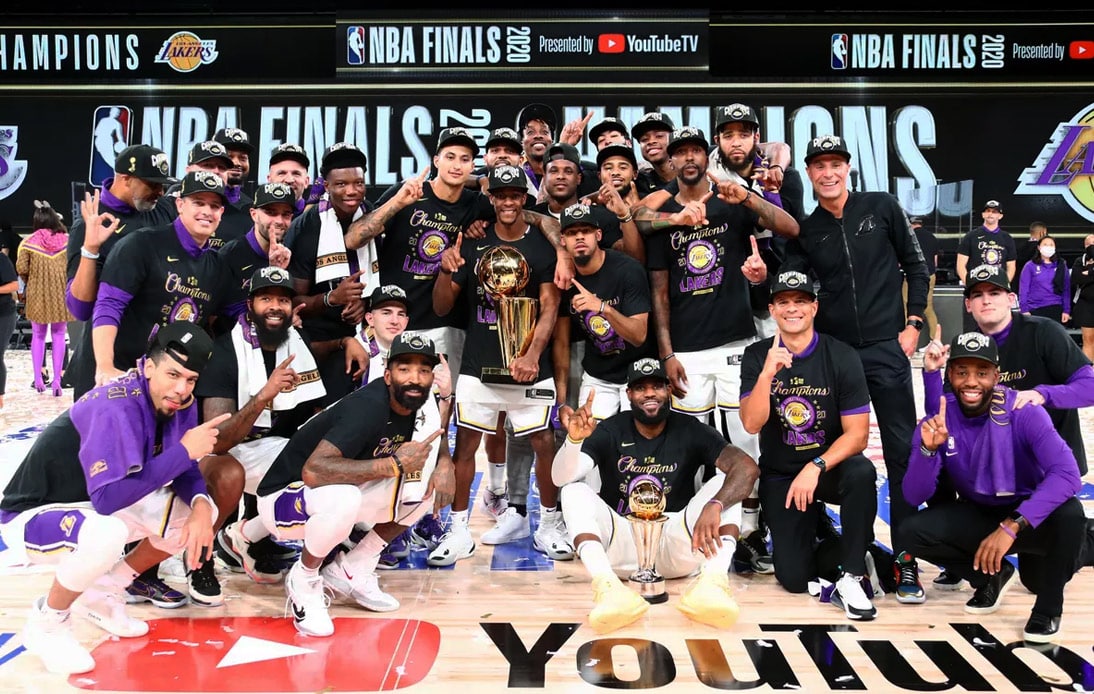 The NBA is back and the Los Angeles Lakers begin their title defense in style: facing their city rivals the LA Clippers. It will be the first step in another unprecedented season in which the NBA still carries the aftermath of the dramatic COVID-19 pandemic

Leaving aside (just for a moment) the world crisis, the Lakers will try to repeat in 2021 their huge sporting success of 2020.

This year, the purple and gold won its 17th title. An achievement that had a special flavor for many reasons: the tribute to the late legend Kobe Bryant, the end of a 10-year drought, and matching Boston Celtics’ record are some of them.

After many months, the Lakers will finally return to play at the Straples Center, their home. Gone is the Orlando bubble that hosted a large portion of last season’s games (including playoffs and finals).

In this coming year, eyes will be on LeBron James, who will attempt to lead his team to glory for the second consecutive year. He won’t be alone, at his side will be his faithful partner Anthony Davis and a spectacular team that has been joined by men like Marc Gasol.

Another unusual season awaits the champions, with a shorter schedule (72 games) and fans who will have to keep watching the games from home. The teams will face strict protocols in order to prevent the tournament from rushing into a new suspension.

In the midst of that context, there will be other interesting stories to follow, such as the pressure on Giannis Antetokounmpo to lead the Bucks to glory and James Harden’s conflicting relationship with Houston Rockets.